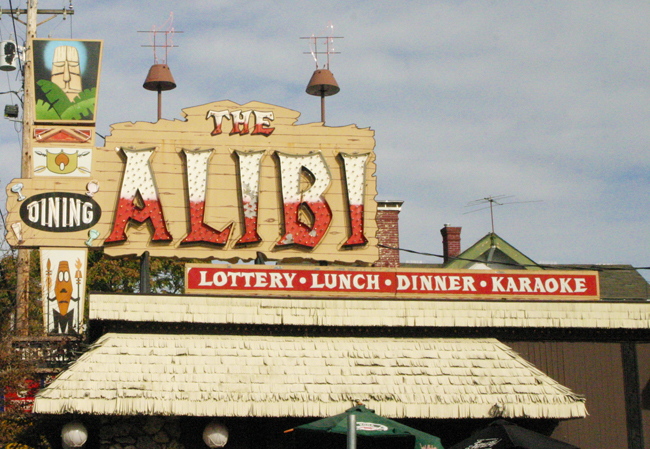 On a quiet street in Portland Oregon, across from a dispensary, sits the Alibi Tiki Lounge, and if you’re a fan of Tiki, you need to make it here!

Originally the Alibi was a roadhouse and bar that dates all the way back to the 1800s. But then in 1947 it was bought by a local named Roy Ell. Roy was a US Navy veteran who had apparently fallen head over heels in love with the South Pacific. After buying the place, then called Max’s Alibi, he began decorating it with décor brought back from the Hawaiian Islands and elsewhere.

Before long, Roy had a full-fledge Tiki Bar on his hands.

While most of these places went into a nosedive during the disco decade, the Alibi Tiki Lounge survived somehow. Some point to the fact that the restaurant served semi-fine dining, with steaks and shellfish, and didn’t rely on drinks alone to get it thorugh the day.

Others point to the small community that was Portland in those days. The Alibi, we’re told, was always welcoming with a family atmosphere.

Whatever the reason, it made it through the dreaded 1970s.


In 1992 Roy passed his baby on to another local couple, Carla and Larry White, after making them promise not to change a thing. And true to their word, they didn’t. Except for karaoke, which became a hit with locals and continues to this day.

The place is awash in great vintage Tiki décor, with black light reliefs of girls in bikinis, sculpted lava and bamboo everywhere. 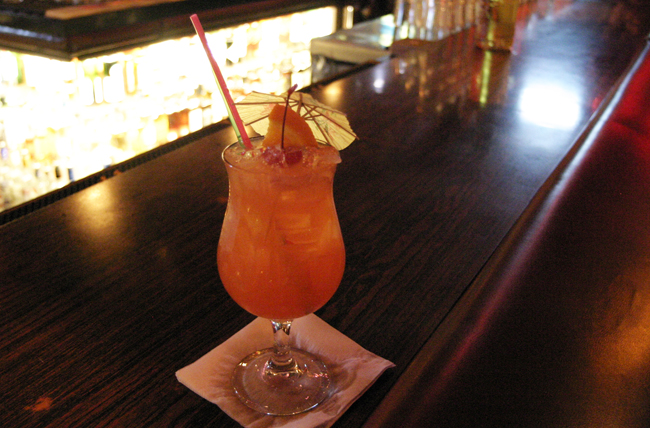 They also have a number of tropical-inspired Tiki drinks.

Where: The Alibi Tiki Lounge, 4024 N Interstate Ave, Portland, OR 97227
When: Open 11am - 2pm M-S. Try coming Spring - Fall, avoid winter. Sorry, but I'm writing this in January and the place is friggin' frozen over.
What to Drink: Order a Comeoniwanalayyou - yes it's as korny as it sounds - a drink that'll put you on your butt and have you singing the oldies in the backroom. As far as food, they make a decent Kalua Pork - nothing like the real stuff but it's not bad!