Few historic bars in the United States have the pedigree of Seattle, Washington’s oldest bar, Merchant’s Café. While a lot of bars in the U.S. may be old, and many others have a pretty sordid past, it’s not always easy to find them in the same place.  So you can imagine how happy we were to find them both at Merchant’s. 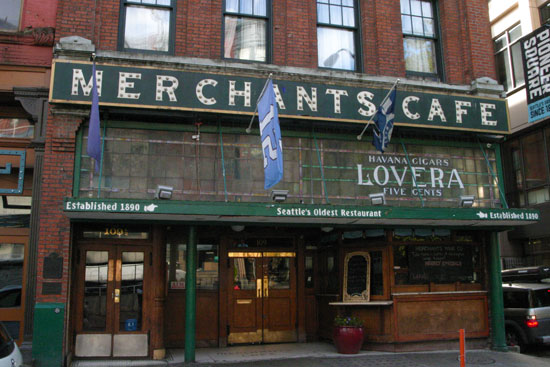 
Originally there was a two-story wooden building built by John Hall Sanderson, an early Seattle businessman and land developer, on this spot. However, it was burnt to the ground in 1889 during the Great Seattle Fire, which swept through what is now downtown Seattle.  Since most of the buildings at the time were made out of wood, the area was leveled. In pictures of the aftermath all that can be seen are smoldering piles of ash where businesses and residences once stood.

Making sure that didn’t happen again, Sanderson commissioned the building be rebuilt out of brick in 1890 and designed it specifically to hold a liquor store/café on the bottom floor and a hotel on the top two floors.

The building was later sold in 1892 and the name of the bar was changed to Merchant’s Exchange Saloon. It was at this time that the upstairs apartments began to accept hourly rentals. Charles Osner, the new owner, recognized how lucrative prostitution was in a town full of burly – and lonely – lumberjacks and gold miners and so imported women (discreetly called, “seamstresses”) into Seattle and housed them upstairs.

At the back of the saloon were a number of framed paintings of these “seamstresses”. It’s reported that this collection was, in essence, the menu for the happenings upstairs. The gentleman (to use the term very loosely) pointed to the one he wanted to have “hem” his trousers, and then paid the proprietor before making his way upstairs to have his inseam taken in. 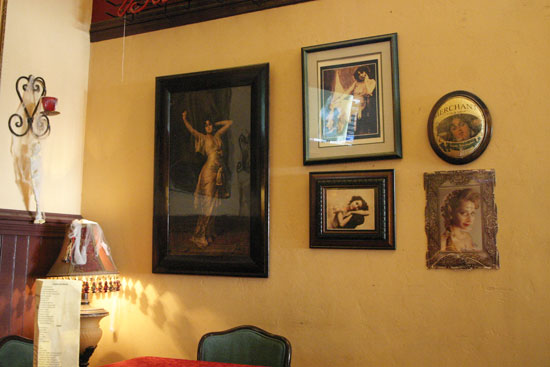 The building was sold again in 1898 to a gold-rich businessman named Franz Xavier Schreiner. Schreiner, or “FX” as he was known, set up a bank downstairs and exchanged cash for gold dust. He would reportedly cash out as much as $100,000 in gold over a weekend.

As it did all things, prohibition tried to put the kibosh on the good times here in 1916 (early dry laws in Seattle), but instead of giving up the bar, FX simply paid off the police and moved the alcohol sales (as well as an illegal gambling room) downstairs to the basement. 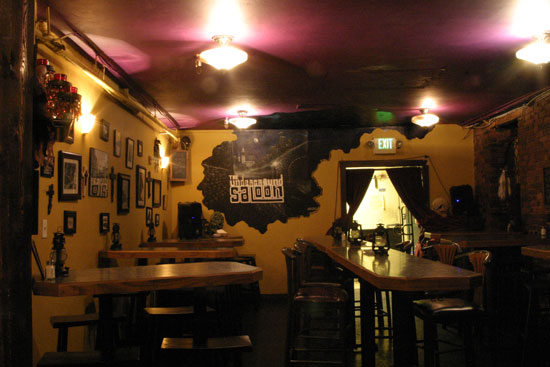 Okay, now let’s flash forward a hundred years to what we have today. We think FX would be happy with what is left after almost a century since he sold Merchant’s to its next owners. Sure, there isn’t still a brothel upstairs (we asked), however there is a boutique hotel now, so the rooms ARE for rent (Netflix and chill anyone?). And yes there’s no longer the need for the speakeasy (they’ve even done away with the card room), but they do still have the bar downstairs which is a great place to lounge and drink.


Inside the space on the ground floor you’ll still find the intricately-carved bar that was shipped around Cape Horn in the late 1800s. You’ll still find the wooden floors, the pressed tin ceilings, and décor reminiscent of 1898 – a few beer signs but nothing tacky (though they do have a few televisions for local sports).

You’ll also find a great bar program. The manager, Luke, told us that either the Old Fashioned or the Margarita would be great drinks to order – yes they are worlds apart, but so are people’s tastes – because each is made traditionally with fresh ingredients. We tried the Old Fashioned and were really happy with them, especially the fourth one, which went down even better than the first three.

They also have a full menu with a wide variety of items, most of it pub grub, though locally themed. The only food we tried (unless you count the cherry garnishes on our cocktails, and those were quite tasty) were the cheese curds, and they were pretty damned good. But the menu’s simplicity means that probably anything you order is a safe bet.

At the back of the bar you still find the picture gallery that the burly lumberjacks and miners pointed to with trembling fingers as they chose their companion for the evening. One of those paintings, the “Oriental Girl”, is said to be haunted. Also they’ve had many reports of hauntings on the ground floor in the women’s bathroom, AND downstairs in the underground bar. It’s in the underground bar, in fact, where two small children died in a fire in 1938 and still apparently roam and play tricks on guests. 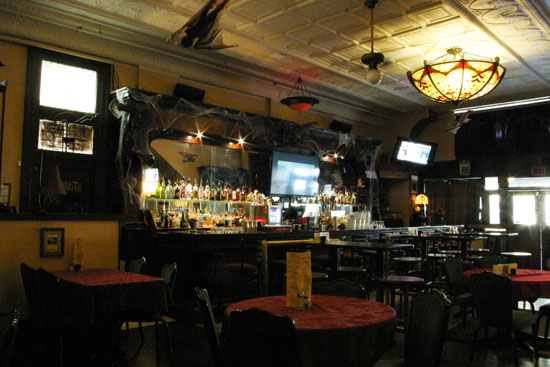 Granted we didn’t see or feel any ghosts, and honestly we never do, but a number of television shows and online programs have done ghosts hunts and all swear that the place is filled with spirits (aside from those behind the bar). We’ll take their word for it.

All in all, Merchant’s Café is a great find. It’s got history, ambience, a great story, and maybe even ghosts! This is definitely a place to drink at when you visit Seattle. Cheers!

What to Order: Old Fashioned or Margarita, both freshly made. We didn't really try the food (except for deep fried cheese curds, not sure that qualifies us to talk about the food though).