I first went to a bar in Juarez, Mexico when I was 17 years old. Every Thursday night the bar and nightclubs that lined Juarez Avenue (called “the strip”) would host what they called, Drink and Drown nights. For less than $5 you could enter, dance and drink all you wanted – shots or beer – all night long. 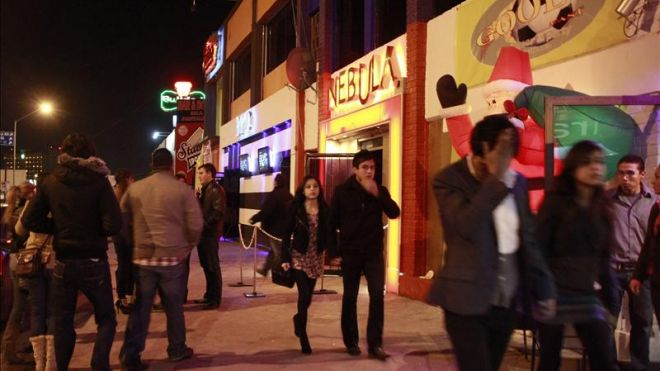 Now to high schoolers 45 miles away in Las Cruces, this sounded like a great bargain. A quick drive south with some friends, a stroll over the high, wide bridge that separated the U.S. from Mexico, and suddenly you were dancing the night away, drunk off of watered down God knows what they served you.

Thursday nights would sometimes spill over to Friday nights and maybe Saturday nights too. Why the hell not, I mean after all it was illegal to drink back home and we were less than an hour away.

Now, legally speaking it wasn’t actually legal until we turned 18, but another five at the door and the doorman looked the other way.

What was it like? Well, it’s a bit hard to explain. I guess it must look like the central strip of any third-world country. In truth that’s what it resembled at the time. On either side of Juarez Avenue were blazing, neon signs advertising the various nightclubs. Loud dance music pumped from speakers above the doors, giving the place a noisy racket matched perhaps by Las Vegas Boulevard on a spring Friday night.


I can remember the names of many of the places we’d go into: The Alive, the Copa, the Brown Derby, and many, many more.

Beside the nightclubs were souvenir stores, hawking everything from boots and blankets to knock-off Rolexes and Gucci watches (both of which I brought back with me, and both of which broke in short time).

The sidewalks were crowded with the souvenir peddlers, the doormen of the nightclubs, the taxi drivers, the prostitute, the policia, and the thousands of other Americans that would flock there at night.

There was trash everywhere and it smelled bad. Really bad in fact.

And it was dangerous. Not the dangerous we think of when we think of Juarez now – people weren’t murdered or rather massacred wholesale like they were back in 2010. No, we didn’t worry about getting killed as much as we did getting mugged, beat up, or even shaken down by the policia. 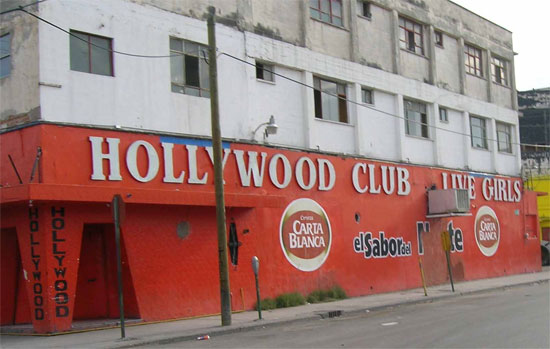 And this stuff happened all the time, and yet still we went. We were very aware of the danger, we just hoped it wouldn’t happen to us.

And luckily for me it never did. I saw many people I knew in handcuffs with cops waiting for a bribe to let the poor slobs go. I saw other in fights, trudging back to the US side of the border with bloody noses and ripped shirts.

Fortunately I stayed out of that trouble.

I typically danced, played pool, drank and left everyone else alone, and so I was fine.

Once inside the clubs the music was deafening. You’d have to yell at your friend who was standing only inches away. And even then he might not hear you. The places were dark too, with black lights everywhere and the smell of sweat and alcohol mixed together. Sometimes you’d catch a whiff of puke or piss, and it could have easily been coming from the booth or table next to you rather than the bathrooms, which were always disasters.

So why do I bring all of this up? Only to say that Juarez has changed, dramatically. Gone is all of what I knew and I’m still sorting out where it was I went to a few days ago.

You see, in all the time I went to Juarez to drink and party – roughly the three years between 18 and 21 – there was really only one bar I had never made it to, the Kentucky Club. 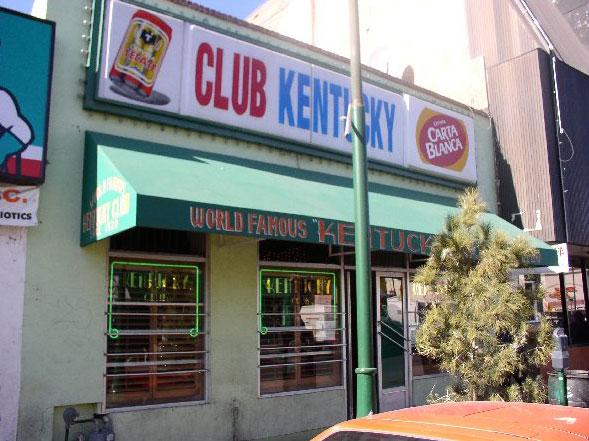 And there’s good reason for that: you had to be 21 to enter the Kentucky Club. This place was a real bar. Not a night club, not a discotech, but a bar. It has an old fashioned wooden bar with a carved barback with huge mirrors and gleaming brass. It was long and narrow and there was no dance floor, only bar stools and small booths.

I learned all of this while looking through the windows, wishing I could walk in and order a drink.

The place had history too. It was opened in 1920 and had seen a number of celebrities walk through the doors.

I wanted to drink in the same spot as John Wayne and the rest, but I couldn’t, not until I turned 21.

And then, ironically, when I turned 21 I never went to Juarez again. Why would I? It was much more convenient to drink locally. Much safer too.

And so this past week saw me with a day and nothing to do and so I decided to finally hit the Kentucky Club.

I’ll save the report on it for my next article though. Cheers!