If you’re reading this, that means you care enough about your husband, dad, grandpa, or son to actually get him something he might like. Kudos to you! And if your husband, dad, grandpa, or son enjoys bending the elbow every now and then with a glass of cheer (be it bourbon, rye whiskey, beer or something else), we’ve curated a list of gifts that are guaranteed to put a smile on his face and a stagger to his step. From booze to books, there’s something in here for everyone, so enjoy our list of Father’s Day Gifts for 2022! 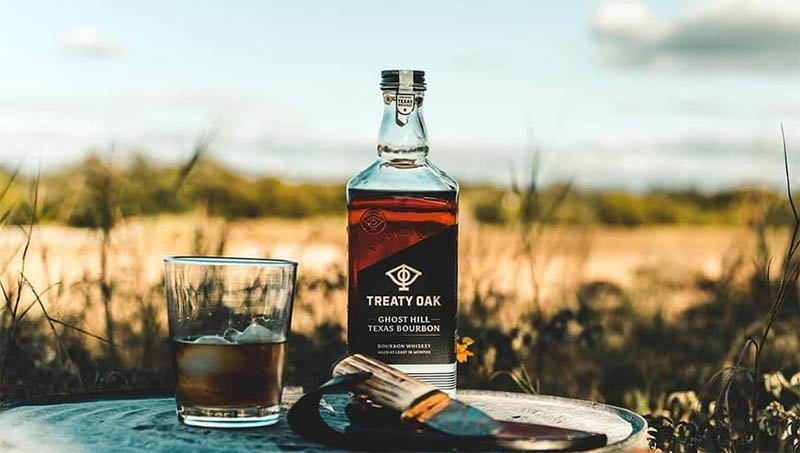 Treaty Oak Distilling, outside of Austin in Texas’ Hill Country, has spent the last few years perfecting the art of Texas bourbon. To their credit, it seems they might have done just that with their Ghost Hill Bourbon offering. This is a big, serious bourbon made with Texas-grown, vintage corn varieties and other locally sourced grain. The whiskey pairs perfectly with grilled food, and backyard barbeques. The nose features hints of banana and caramel, wood and earth. The taste isn’t overly sweet, a bit spicy with hints of butterscotch and marshmallow, dark chocolate and the bitterness of dried, dark fruit giving way to lingering charred wood. 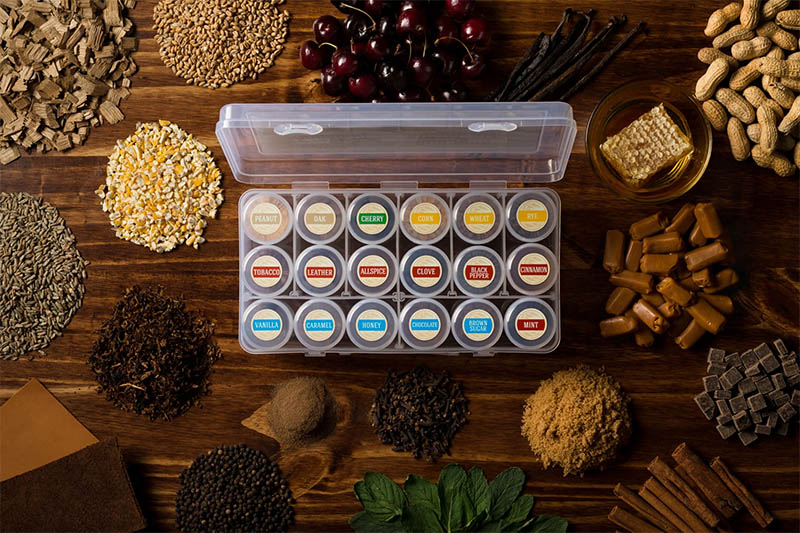 Chris Walters, a bourbon enthusiast who couldn’t quite identify all the subtle aromas and flavors in bourbon that others were noting, created this novel Bourbon Nosing Kit to help train himself and others in discovering those complex tastes found in whiskey. The kit includes the most often cited flavors and smells seen in bourbon reviews, like brown sugar, allspice, and even leather (24 in all). To be honest I was skeptical that this kit could really help someone better experience their bourbon, but then I gave it a try. The fresh, natural ingredients in the kit (no chemicals or synthetic items), are strong and bold, and after nosing a NEAT glass with bourbon, then smelling some of the ingredients in the kit, I could honestly make out deeper, richer aromas and flavors. A great gift for any bourbon enthusiast. 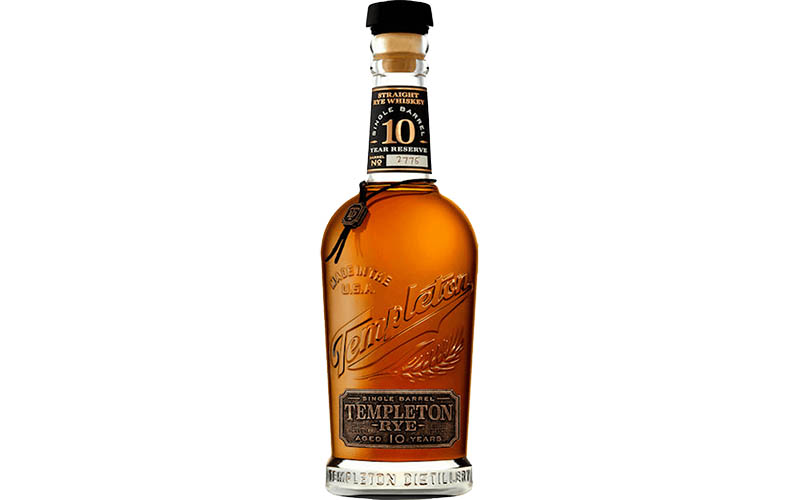 This is the whiskey of prohibition! Created around 1920 and served by the likes of Al Capone to his close personal friends, Templeton Rye was born from resistance. It disappeared until 2006 when family members of the original Templeton Rye creators re-released their whiskey, made with the original 1920s recipe, onto the market. This juice is sourced from MGP, the largest producer of rye whiskey, using 100% straight rye, so no added flavors or anything like that. This is the big mouth feel of rye whiskey, almost so big you can chew it. With flavors like bread dough, brown sugar and pepper, this is a great whiskey to drink straight on the patio during a hot summer’s day! 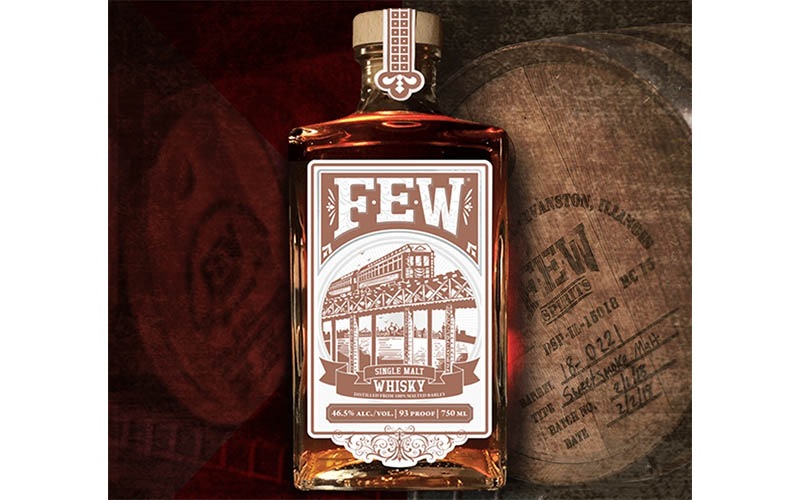 They claim it’s “nothing like a Scotch” but single malt whisky lovers will really savor this American Single Malt produced just outside of Chicago. Like many other recently opened artisan spirit companies, Few Spirits tries to incorporate ingredients from their region. In fact, everything they use is located within 100 miles of their distillery, and everything from the bottling to the aging is done in-house. They only smoke a portion of their barley with cherry wood, which provides a very subtle, smoky flavor. This is a great addition to any single-malt library. 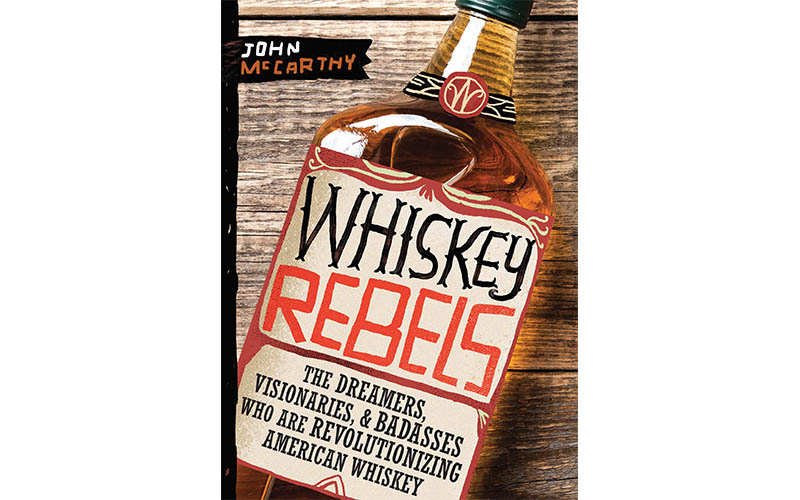 John McCarthy has been writing about the spirits industry for over two decades, giving him not only an insider’s exclusive insight, but also the personal relationships with the movers and shakers of the craft whiskey movement needed to give an honest and accurate history. In this book, he tells the story of the American craft whiskey revolution through the profiles of its main characters – the distillers and innovators who created brands we love and enjoy. Brands like FEW Spirits, WhistlePig, Stranahan’s and more were once upon a time little more than dreams, but those dreams became reality through the tenacious hard work, unbelievable patience, and “never say die” attitudes of their founders. The result of their work was the American small-batch whiskey boom felt the world over. A paradigm shift we can’t help but appreciate every time we sip on a sumptuous, velvety dram of artisanal bourbon or single-malt. This is the story McCarthy tells. And along this journey, he also educates us in the basics of whiskey appreciation; guiding us through lessons like the difference in mash bills, the pros and cons of pot versus column stills, and the regional variations in whiskies. The result is an entertaining, easy to read but hard to put down accounting of what it took to raise the profile of America’s favorite spirits from the bottom shelf to the top. I can't recommend this book enough! 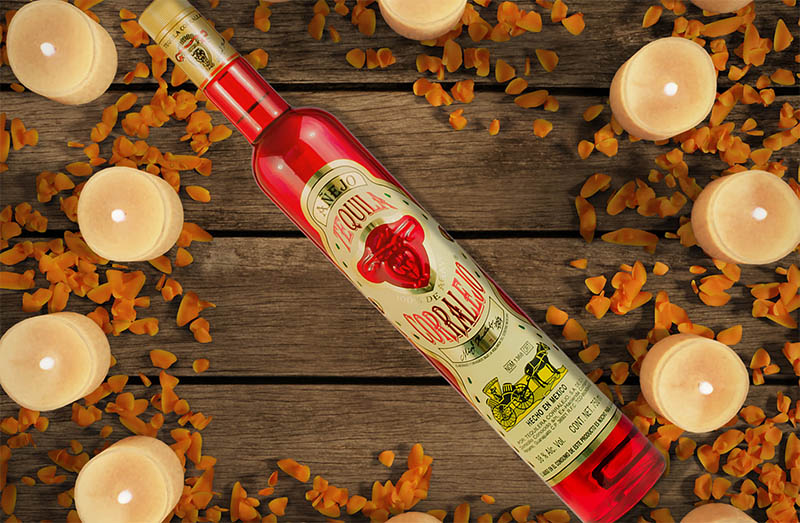 Corralejo Tequila is one of the only tequilas that doesn’t come from Jalisco, Mexico, where the government of Mexico says tequila has to come from. Instead, it comes from the state of Guanajuato, found about 130 miles to the east of Jalisco. Why? Well, Hacienda Corralejo was the first commercial tequila distillery, opening in 1775, so their history definitely warrants some rule-bending. The Anejo is aged in new American oak barrels for a minimum of 12 months, resulting in notes of oak, smoke, cocoa and, vanilla and tastes of caramel, apple, pepper, and warm spice. Dad will love this one! 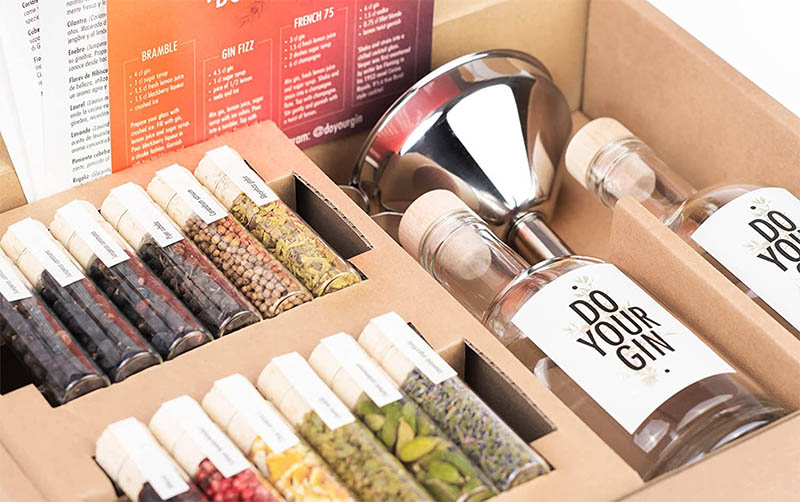 This is a seriously cool gift for the gin lover. Start with a neutral alcohol (think vodka), then make your own infusions with the included botanicals to create a one-of-a-kind spirit. The kit includes 12 different infusion ingredients, perfectly preserved, as well as bottles, funnel, and instructions. This would make a great date night or party activity, or just for the dad who enjoys a tasting gin and tonic. The kit includes enough to make three bottles, so it he can experiment with different flavors and smells. 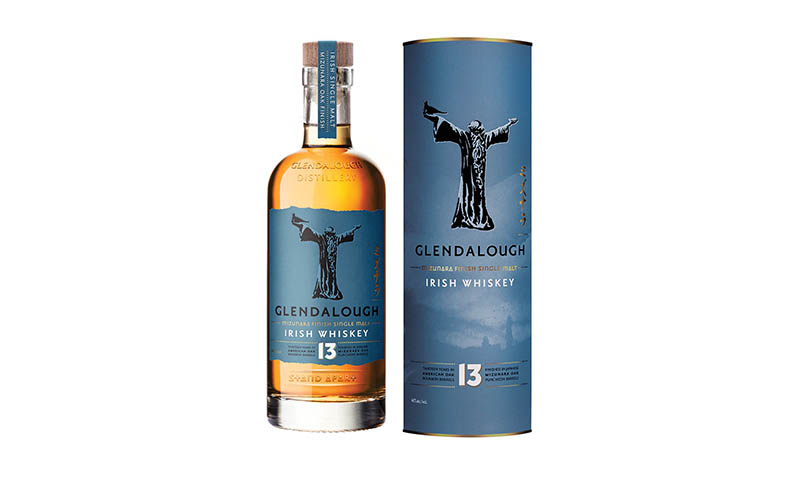 Glendalough Distillery, Ireland’s first craft distillery, released this 13 year old single malt whiskey back in 2017, and we immediately fell in love with it! It is the first and only Irish whiskey that uses Japanese Mizunara oak in the aging process. Mizunara oak is extremely rare and expensive, and is only found in the forests of Hokkaido. Dad will get notes of vanilla, honey and citrus. The whiskey is tough to find, and its price hovers around $120, but it really is one of the best whiskies we’ve ever had (and doesn’t dad deserve that?). 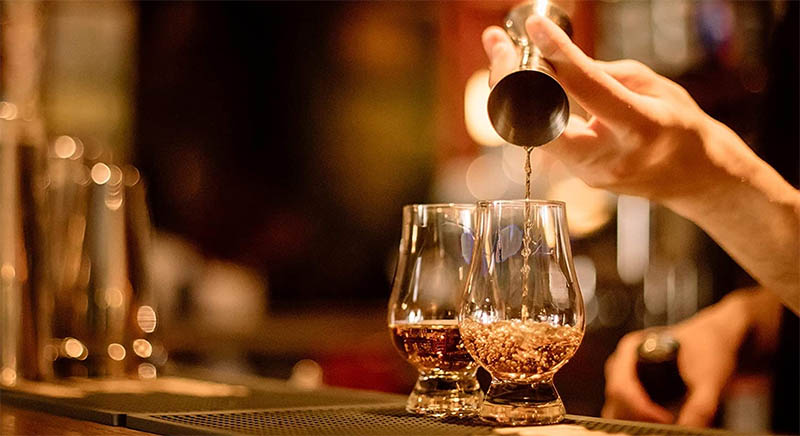 Developed in 2001 by Glencairn Crystal Ltd., the Glencairn Whisky Glass quickly became the standard for savoring both Irish whiskey and Scotch whisky. The glass was designed specifically for these spirits, drawing on tulip-shaped glasses for influence, with narrow opening and larger base. This helps to concentrate the aromas, channeling them up through the top of the glass, so you experience the smell as you taste it, creating a more complex experience. One of the features of the Glencairn is the lack of a long stem, which is present on traditional tulip glasses. Thus, the glass fits somewhat naturally in the palm. This is a great gift for the true whiskey enthusiast!