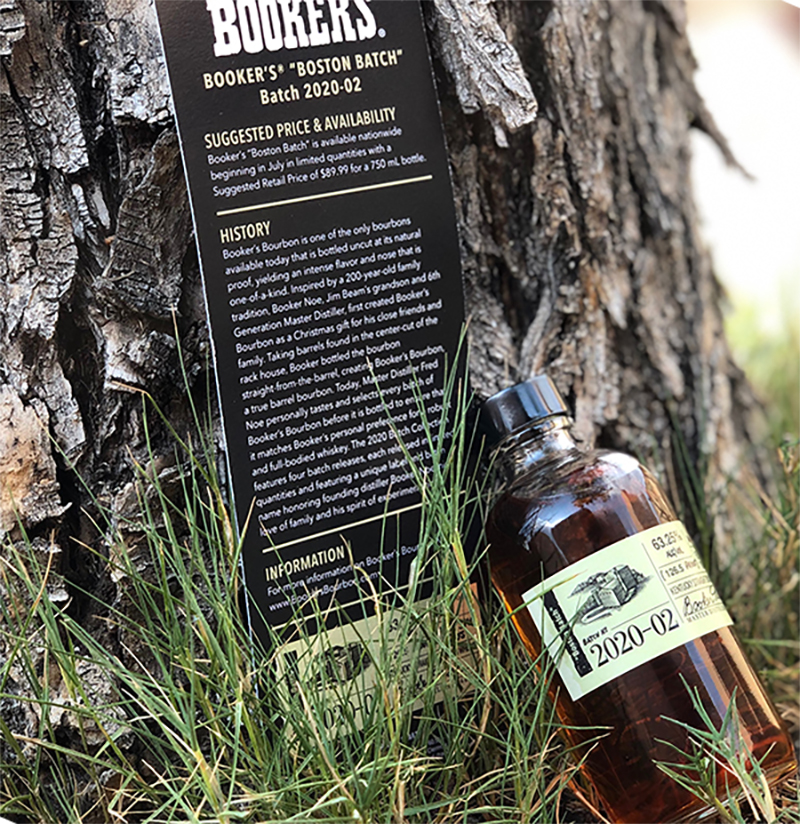 The name picked for their newest releast is Boston Batch, so named for the place where Booker first started distilling, in Boston Kentucky (the place is now named the Booker Noe Distillery). The facility was built in the 1950s as a second distilling site for Jim Beam, and because it was removed from the head office (so to speak), it gave Booker the freedom to experiment on his own without the bosses watching. There he honed his craft and laid the foundation for the big-flavor style of his Booker's Bourbon.

A big woodsy nose right upfront, very earthy and organic, a bit of leather. There are notes of cinnamon, and reminds me of those cinnamon toothpicks I had as a kid. I get sugary-sweet notes of honey and maybe vanilla towards the end, finished off with almond and pepper.

Straight I get a lot of citrus up front, somewhere between lemon and orange. I get an immediate burn, both sinuses and back of tongue. There's mollasses and brown sugar, a rich full taste.

It finishes aggressively, coating the mouth and lingering pleasently.

Over a large chunk of ice the taste really evolves, the more delicate flavors of cinnamon and almost are apparent, along with the mollasses and brown sugar.

I'm a huge fan of Booker's Bourbon - it is one of my favorite whiskies. This is no exception. Booker's has really made a fantastic bourbon to take into the fall with you.

Booker's "Boston Batch" is available now with a retail price of $89.99.