While exploring the bars of America for our book, Bucket List Bars, we certainly saw our fair share of beautiful counters to belly up to. Though all of them are worth drinking at, some had a little extra something worth highlighting.

So below find 10 of the bars we especially enjoyed drinking at.

1. Buckhorn Exchange, Denver, CO, founded in 1893 by a colorful Western Adventurer, the Buckhorn was a saloon first and foremost, though now it's mostly restaurant. The beautiful oak bar was carved for the family of the founder (Henry Zeitz) and shipped from Germany in the mid-1800's. It was then shipped over land by ox-cart and finally installed here when the place opened. 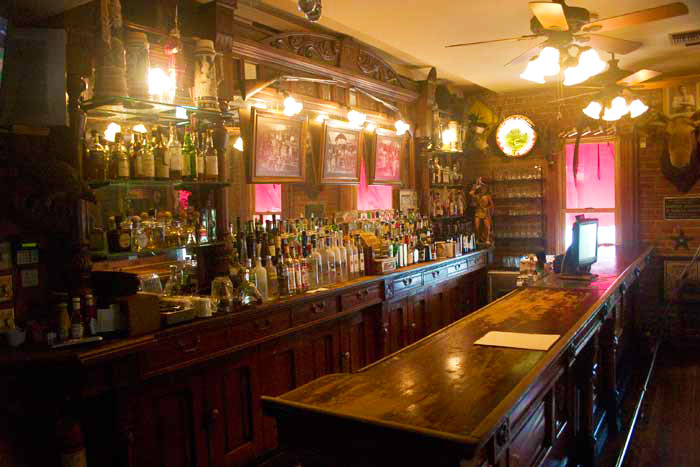 2. Crystal Palace, Tombstone, AZ, founded in1882 after the original property standing here--the Golden Eagle Brewery--burned down in 1881. The place was reportedly beautiful and extravagent for a mining town, and featured a fountain with crystal clear water and this beautiful mohogany bar. This, unfortunatley is a replica. During prohibition the original was stored down in Mexico but was destroyed in a fire. The current bar was built to match the original as closely as possible in the 1960's. 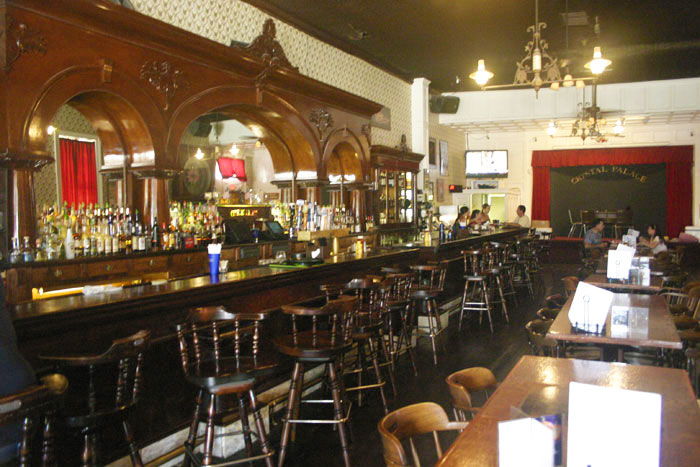 3. Esquire Tavern, San Antonio, TX, established 1933. This is the longest bar in Texas, over 100 feet of varnish-dripping wood on which to mix some tasting concoctions. And that they do. The Esquire has an excellent bar program with innovative drinks and craft cocktails. 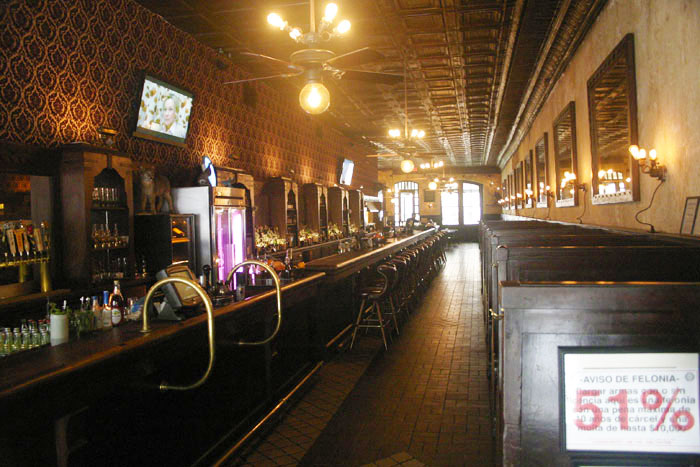 4. The Frolic Room, Los Angeles, CA, established 1930. The Frolic Room started life as a speakeasy, hosting performers and special guests at the next-door theater. The bar is classic art-deco and it's easy to imagine Humphrey Bogart downing a couple of drinks after the Academy Awards ceremony, or (more likely) during it. 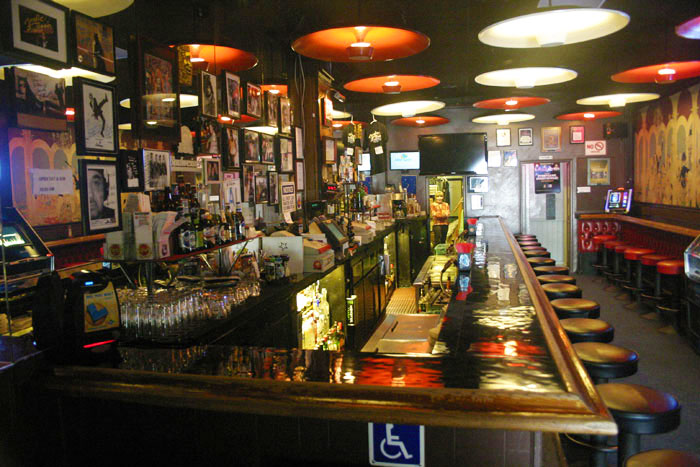 5. The Green Mill, Chicago, IL, 1908. Built as America's answer to the Moulin Rouge (which means, Red Mill), the Green Mill once took up almost the entire block it sits on. But then prohibition forced it to down-size to its current cocktail lounge/jazz club. The bar a a beautiful high-back classic, on which they pour just as classic cocktails until the early hour. 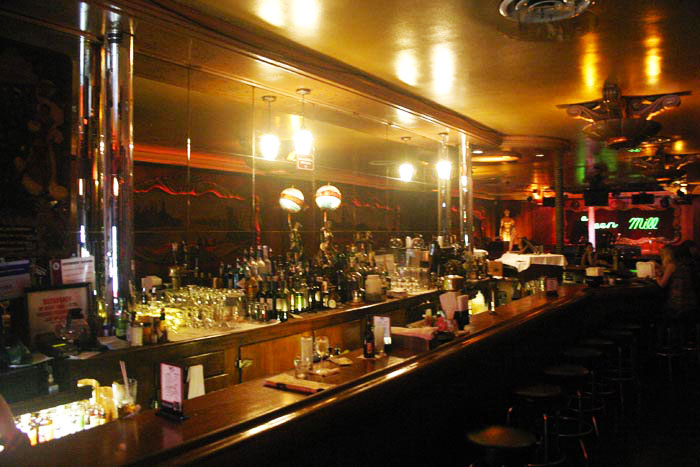 6. Heinold's First and Last Resort, Oakland, CA, established in 1883. The bar at Heinold's was never supposed to be anything fancy. In fact, the timber used for the small building and bar came from an old whaling ship, and was put together by Johnny Heinold and a ship's carpenter. What's really interesting about the bar is how crooked it is. This is a result of the 1906 earthquake, which sunk part of the building and the bar with it. They just never bothered to fix it. 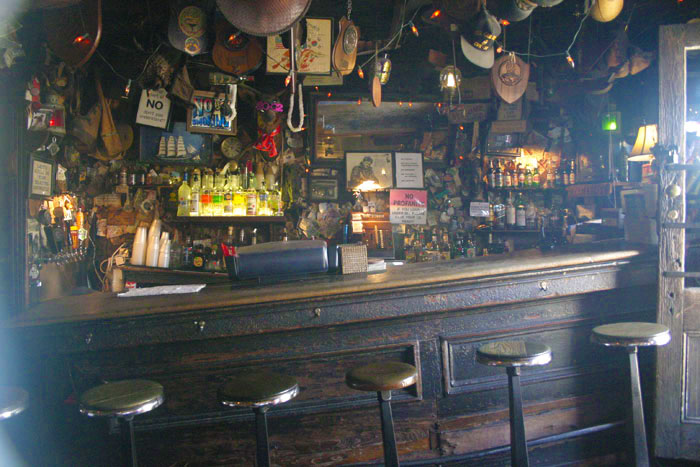 7. Irish Pub, Atlantic City, NJ, established 1900. Founded originally as the Elwood Hotel the Irish Pub is the last hotel standing from the golden days of America's Playground. This place was raided by the feds in 1920, but it continued serving right through prohibition anyway. The solid, oval-shaped bar is massive and absolutely beautiful. The place is dark and quiet, and a welcome escape from the boardwalk. 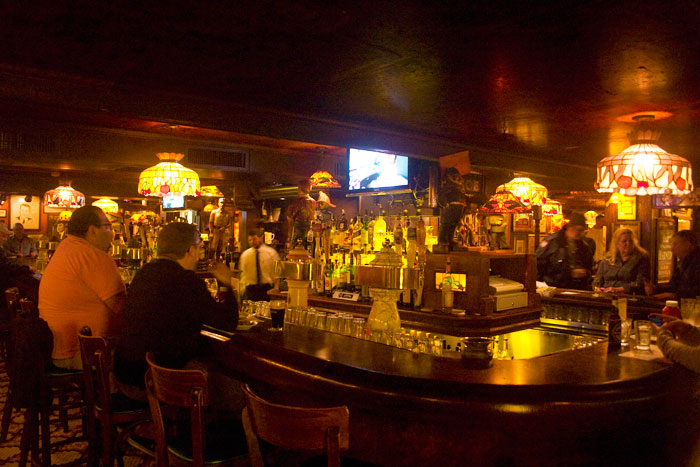 8. McSorley's Ale House, New York City, established in 1854. Though the section of the bar closest the door was added in the early 1900's the rest of it is original from its founding by Irish immigrant, John McSorley. The bar is a standup bar with no stools--classic for the time. It's small and gets crowded quickly by a variety of people, but it's worth finding and drinking at for its sheer history. 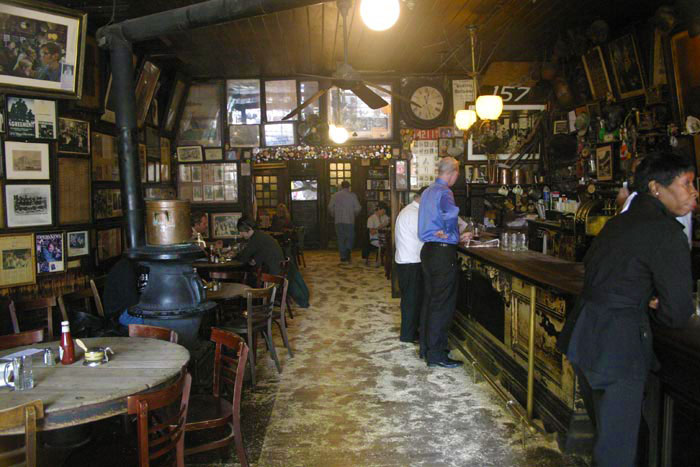 9. Old Town Bar, New York City, established 1892. For some reason this is the bar you think of when you think of "classic bar." It's long, beautifully varnished and rubbed smooth by the thousands and thousands of city-dwellers that have sat here and drank the night away. It's easy to lose track of time at Old Town, but then again, that might be the point. 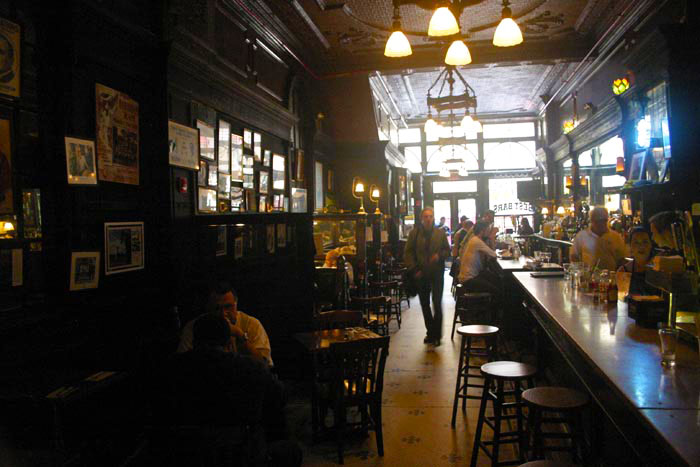 10. Tap Room at the Hotel Congress, Tucson, AZ, established 1919. This is a classic waist-high art deco bar. Light on the mohogany and heavy on the chrome, the bar at the Tap Room belongs in Mad Men, and having a martini here will make you wish you wore a fedora. 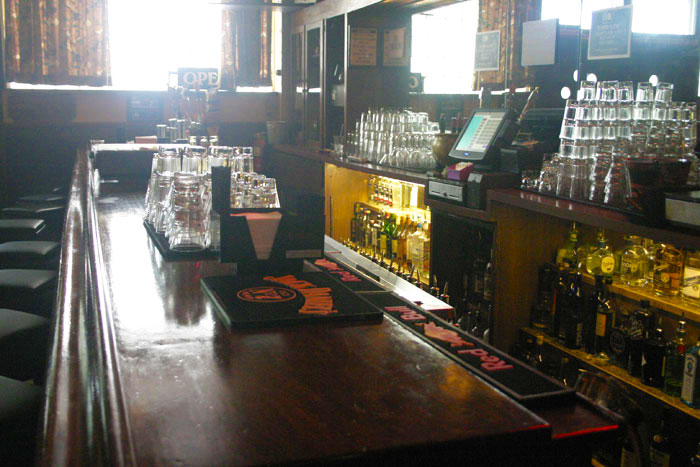