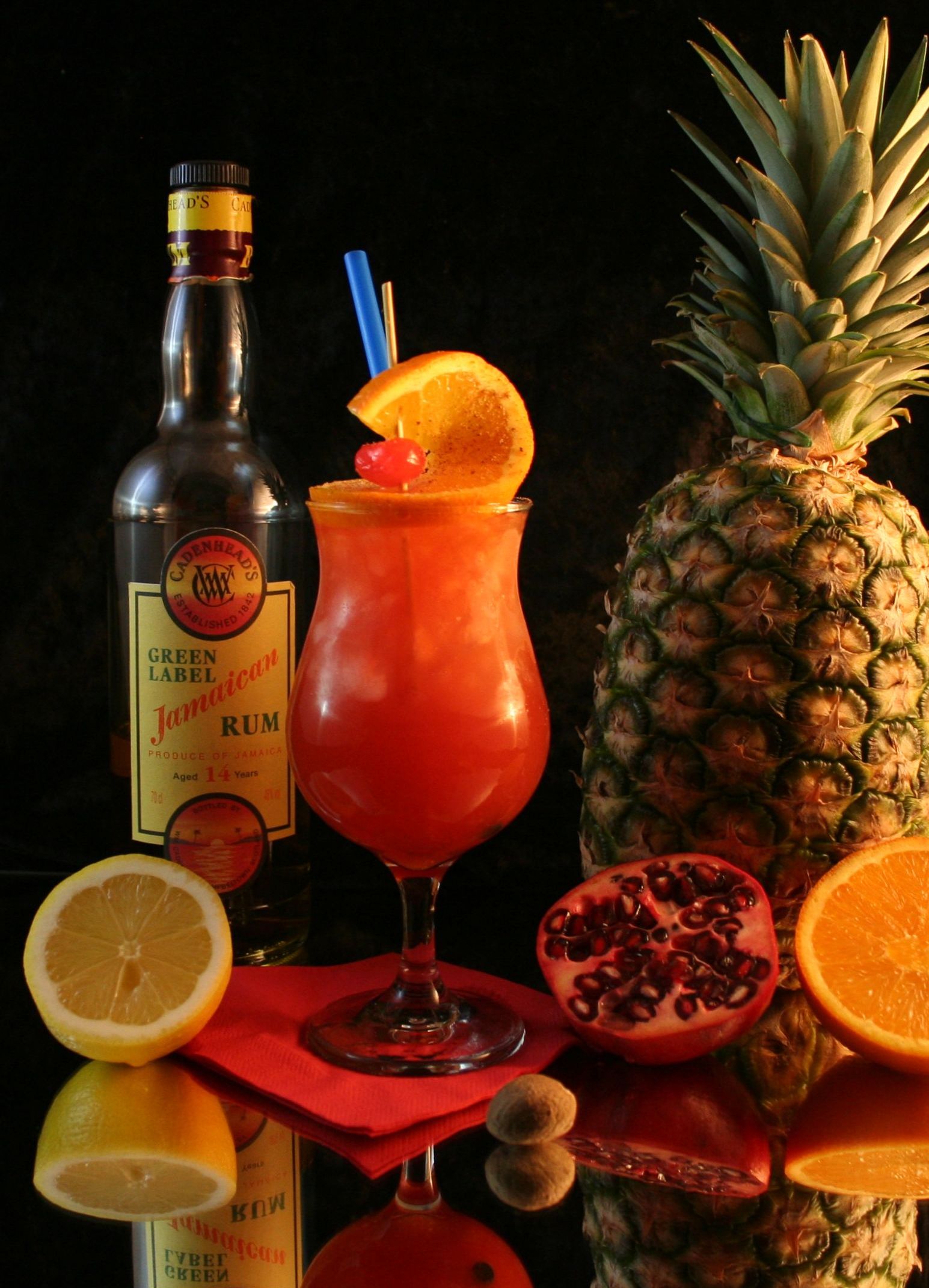 For some,the name “Rum Punch” might quickly create visions of a vibrantly colored drink mingling sickly sweet flavors, syrupy ingredients and served garnished with fruit and umbrellas. Or maybe It was something you made in college in an empty ice chest with frozen limeade, orange slices and the cheapest rum Albertsons had available (yes, there’s a bit of personal narrative to this).

What you picture is probably not what you'd pick as a traditional Colonial drink. But you may be surprised to learn that the Rum Punch is steeped in centuries of history.

In the pirate infested Caribbean of the late 1600’s, pirates and sailors alike were known to be extremely fond of the beverage, which was popular in part due to the tendency of beer to go bad in warmer climates.  It was often the object of a pirate’s plundering and one legend tells of a buccaneer who sold his wife to get his hands on some of the drink.

But no place may the drink have been more celebrated than in Colonial America.

The early colonists brought with them their own traditions and tastes, including many different recipes for Rum Punch which were shared and modified over time. Even our beloved founding fathers enjoyed a good Rum Punch (both Benjamin Franklin and George Washington had there own recipes for the popular drink which can still be found today).

In fact, our founding fathers enjoyed Rum Punch so much that on the night of September 17th 1787, at The City Tavern in Philadelphia, they threw a massive party in celebration of finally signing the U.S. Constitution.  During the party they  consumed, in addition to mass quantities of wine, spirits and beer,  a total of 14 large bowls of punch between a mere 55 revelers and 16 musicians (an additional 2% was added to the bill for damages).

So why was Rum Punch so popular in Colonial America?  Part of the reason had to do with the lack of refrigeration.  During the period refrigeration was unheard of and ice was an uncommon luxury.  As such fruit spoiled quickly and it was common practice to use the nearly spoiled fruit to make either Rum Punch or shrub (shrub is a vinegar syrup or fruit flavored liqueur made from fruit juices and/or rinds and  used to preserve the fruits in liquid form to be used later in Rum Punch or other alcoholic beverage).  Very little was wasted during the period and Rum Punch was a means to see all that fruit was used.

It was also considered a social drink.  Weaker than a simple spirit, the Punch encouraged interaction as revelers and party goers made multiple trips to the bowl for refills.  Upon each trip one would interact with someone different than a previous trip.  This made the drink popular at celebrations and festivals across the nation.

In short, when you drink a Rum Punch, you’re drinking with some of the most celebrated people from our past. It is a drink deserving of your Fourth of July celebration.

So how do you make Rum Punch today?  Recipe variations abound with the number amassing into the thousands.  Below are two examples based on two of the most historic recipes, the Bajan Recipe (often considered the oldest) and the Planter’s Recipe (which is believed to have been created in the U.S.)

So this 4th of July if you find yourself in Philadelphia stop by the City Tavern and enjoy a period Rum Punch influenced drink like The Shrub or Tavern Cooler in the same place our founding fathers partied it up.  If not, grab one of the provided recipes, whip it up for that 4th of July BBQ and enjoy a drink in homage to the great men who founded this great nation.  Remember, this drink is older than most distilled spirits or beers, our founding fathers drank it and pirates raided and pillaged over it....not such the girly drink we all tend to think it is.