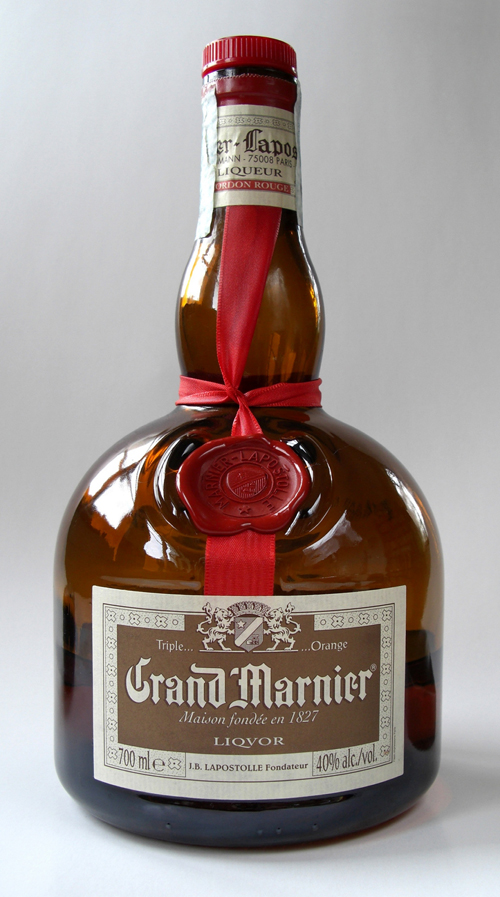 Grand Marnier®!!! Most anyone familiar with cocktails or bars probably recognizes the name in some way or another, similar to the way you may recognize a face you simply can't place.
But for most the knowledge stops there.
So the questions have to be asked, especially on Grand Marnier® Day 2014, what exactly is Grand Marnier®? Where did it come from? And, most importantly, what can you do with it?

The story begins in 1880 France when Louis-Alexandre Marnier decided to blend cognac with a Caribbean orange known as "citrus bigaradia".  The experiment created a tasty orange flavored liqueur he initially dubbed Curacao Marnier. It wasn't until later that same year Louis shared it with Cesar Ritz, long time friend and hotel tycoon, who exclaimed "Grand Marnier®" that the name was born.
By the turn of the century the liqueur had quickly taken Europe and the world by storm, winning multiple awards, becoming a favorite drink of the upper class and a go-to addition in high-end desserts and pastries. It even made its way onto the Titanic and a Grand Marnier® bottle found in the wreckage is on display at the Titanic Museum.

Over the next 134 years the popularity of Grand Marnier® grew and waned as the worlds cocktail pallet evolved.  It remained a resilient cornerstone as an addition to multiple cocktails and desserts and today has become a go-to liqueur in the craft cocktail movement.

What To Do With It:

As I discovered during my tenure as a bartender, Grand Marnier® may not be the most popular of liqueurs but it is one of the most versatile. From the B-52 to Margaritas and the classic Sidecar it has definitely earned its place on the classic cocktail menu.
B-52

Layer the ingredients into a shot glass in the order Kahlue®, Baileys® and finally Grand Marnier® then serve.

Add ingredients to a shaker with ice and shake, strain into a martini glass rimmed with salt, garnish with a lime or lime peel.

Build ingredients over ice in shaker.  Shake and strain into a martini glass and garnish with a lemon peel.