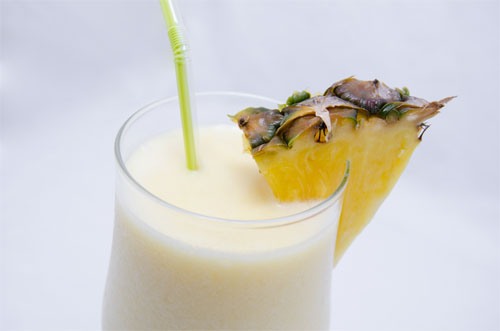 On July 10, 1978 Puerto Rico claimed this drink for its own, and so here we are, talking about why anyone would mix it all together and serve it to others.

The origin of the coconut-pineapple-rum drink is a bit (pardon the pun) muddled. One story says it was invented by a bartender in a San Juan Hilton in 1952. Another guy who worked in the same Hilton said the first guy was full of shit and that HE in fact invented it in 1963.

And then there are about five more arguments.

Look, the basics are this: it’s made with coconut cream, pineapple and rum—three things they have plenty of in the Caribbean in the 20th century. In fact, they had all three of these as far back as the 18th century, so chances are the recipe has been around for awhile.

The point is the drink. Is it worth anything or just another fruity, sugary concoction to make you drunk?

Here I have to diverge from my well-known hatred of sweet cocktails.

You see the original Piña Colada, in its original recipe form, is as about as natural as it gets. In fact the name, “Piña Colada,” actually means “strained pineapple.” It wasn’t meant to be a drink you add gobs of sugar to in order to hide the liquor, which is what it's become, instead it let mother nature do that.

And it does it well. At 1 part each of the 3 parts, this drink can get out of hand quickly! For us, nothing less than a 22 oz drink will do, but others might find a smaller drink is better form.

Whatever you choose, just know that the original drink relied on strong rum and real fruit to make the drink as popular as it is now. If you order one, watch how they screw it up by putting it in a blender and adding sugary shit to it.

Try it yourself at home with the real recipe, and as always, enjoy!

Blend with ice, pour and serve.