We don't know exactly what it is, but we think we've narrowed it down. Over the past three years we've spent a lot of time on the road exploring the best dives in the country for our books and videos and have come up with a short list of those things we've found that the great places have in common. 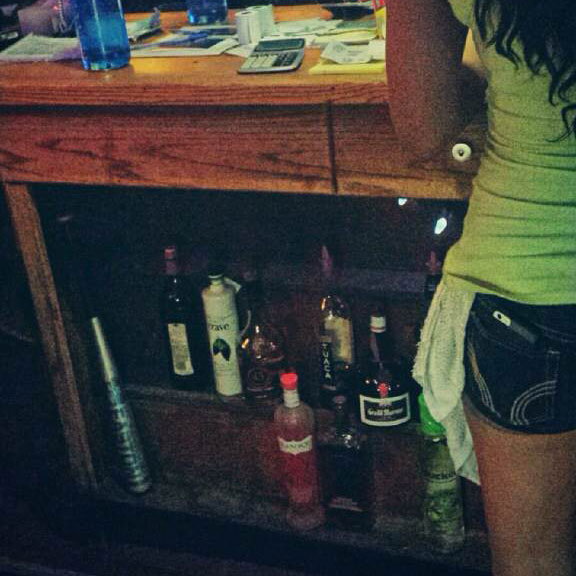 1. "Be Good" stick hiding under the bar somewhere. This one was in plain sight and as you can see it's nice and short, easily banged off some ne'er-do-well's head. What does this mean? The place isn't necessarily rough, but certainly has the potential to be. And there's something about that potential danger that makes drinking in a place like this a little cooler. Taken at El Patio Bar in Mesilla, NM. Here's a brief documentary about El Patio we put together. 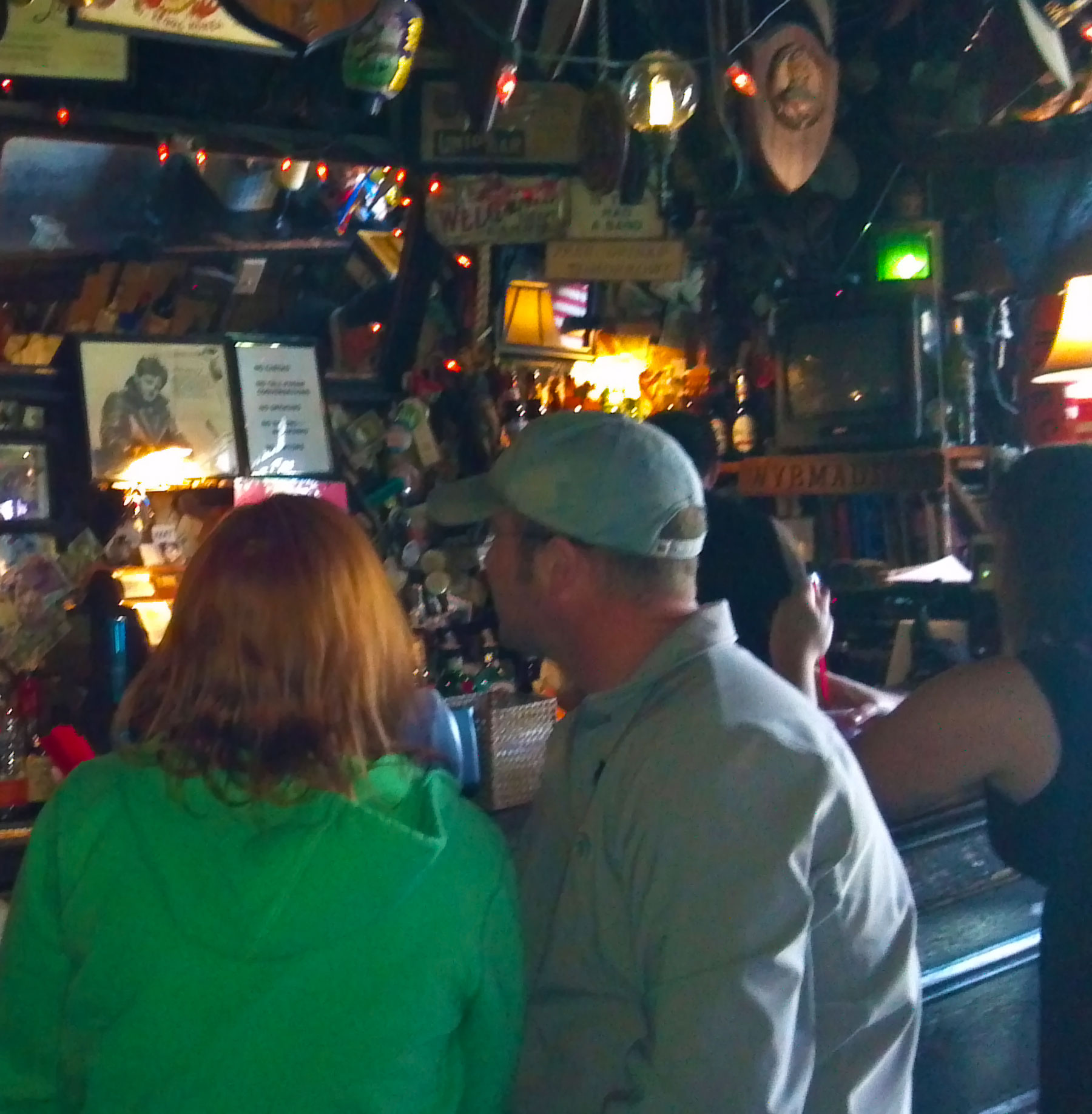 2. Junk plastered to the wall – EVERYWHERE. You look up and there are dollar bills. You look on the walls and there are Polaroids. You look behind the bar and there are buttons, banners, signs and other junk. The walls, ceiling and bar-back are telling the story of the place. They're letting you know who goes there and what's important to them. Oftentimes they're telling the story of the city or region you're in. Pay attention! Taken at Heinold's First and Last Chance, Oakland, CA. Here's the brief documentary we produce for Heinold's. 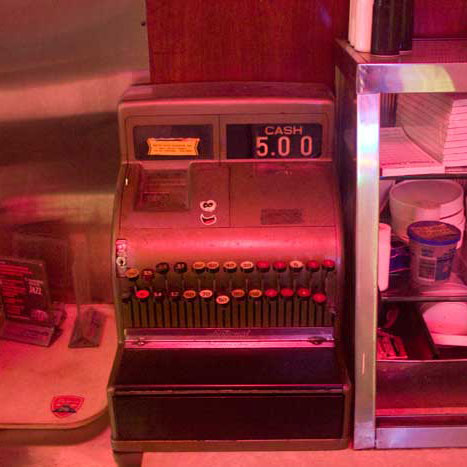 3. The equipment is less than modern. Is the jukebox digital, does it use records or CDs? How about the cash register, does it look like this antique? How about the draft system, is it old school or modernized? Chances are, if the place has been around awhile the old stuff works just fine. You'll hear bells go off when they make your change and it's a sound you might not have ever heard, but it's been the same sound bar patrons had been hearing since the 1910's when these types of registers were first introduced (they were invented by a bar owner who was tired of his bartenders skimming money). Taken at El Chapultepec, Denver CO. Here's video for El Chapultepec. 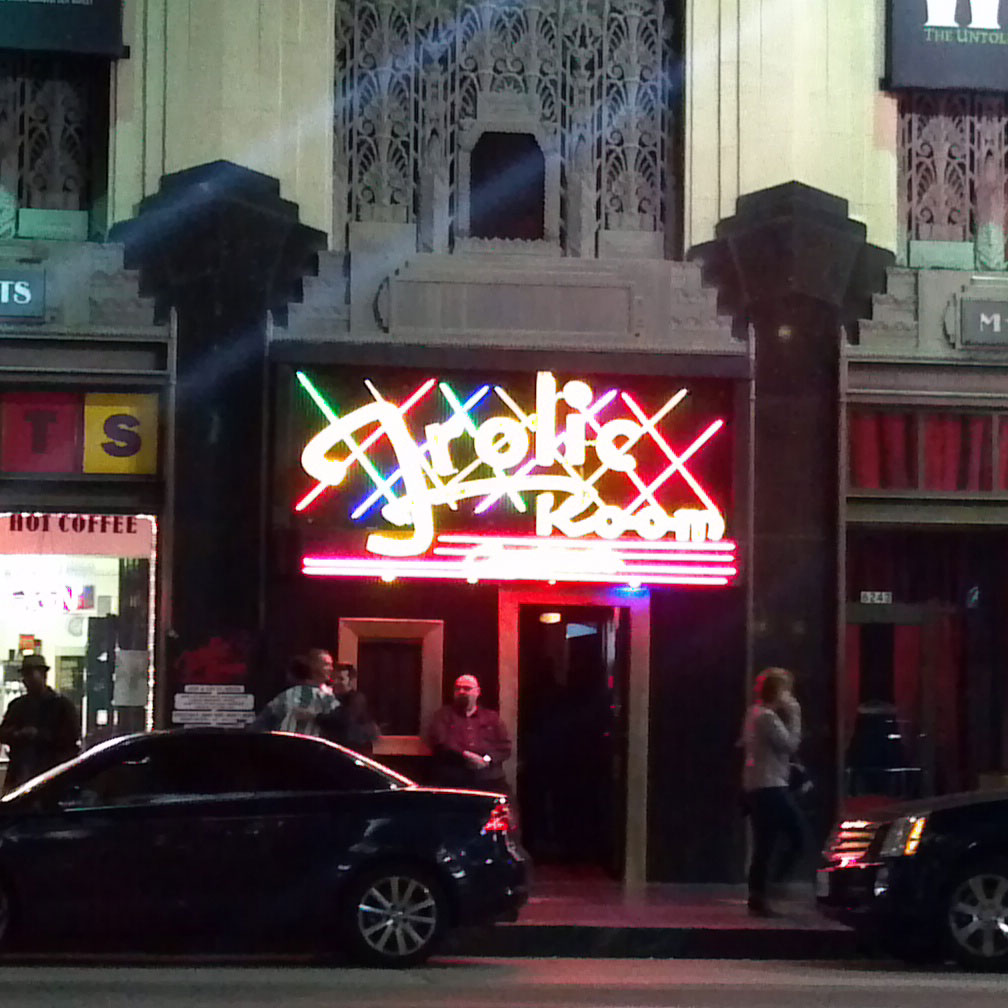 4. A kickass sign lights the entrance. They don't make them like this anymore, neon, flashy and classy at the same time. These are the types of signs you can see three blocks away. They're like seeing an oasis in the middle of the desert. "Thank God," you say as you see the glow. This one in particular has been around since 1934. Taken at the Frolic Room, Hollywood, CA. Here's our episode about the Frolic Room. 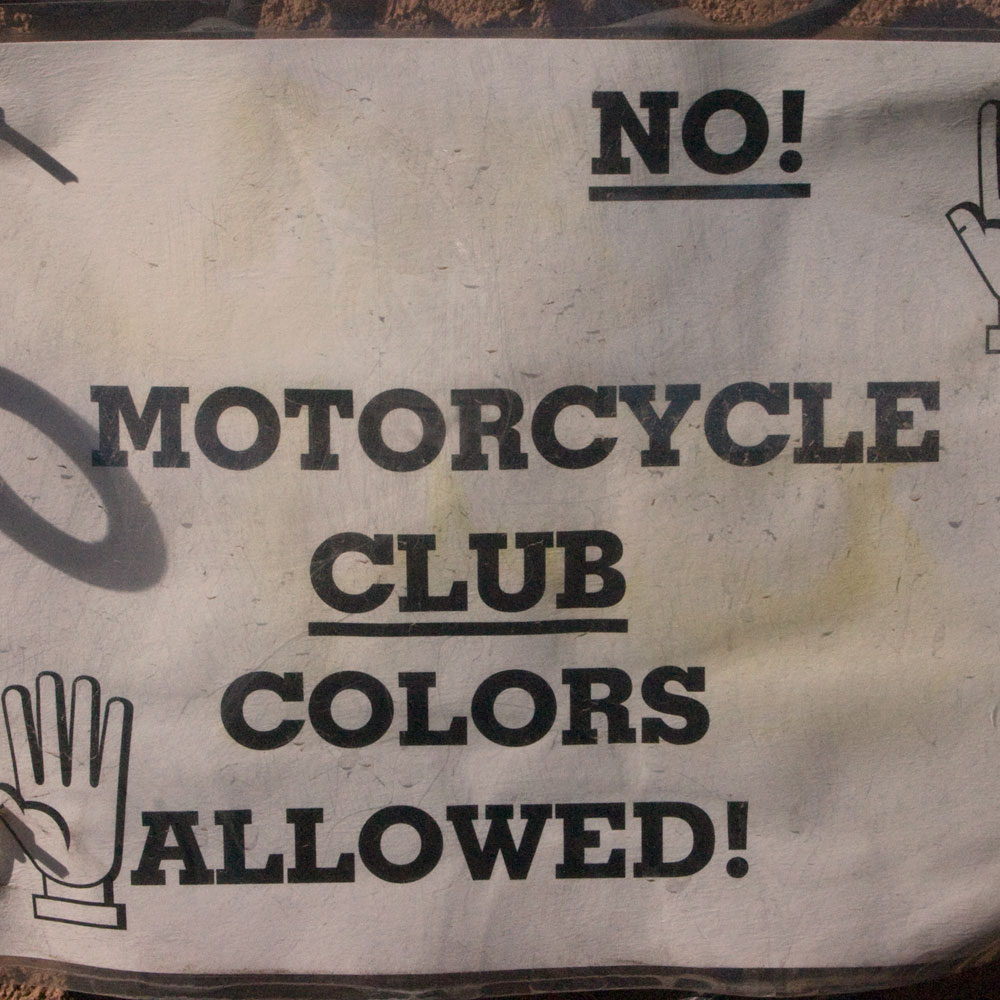 5. You see THIS sign at the door. This sign, or variations of it, tells you about the clientele. Truthfully I get enough of pretentious jerks, frat guys and other d-bags spoiling my drinking experience. This type of sign pretty much tells you that you won't see that type of person in here. If you did, chances are the regulars (who this sign is probably intended for) would toss him out on his ass. Taken at Silva's Saloon, Bernalillo, NM. You've GOT to watch the video about Silva's here. 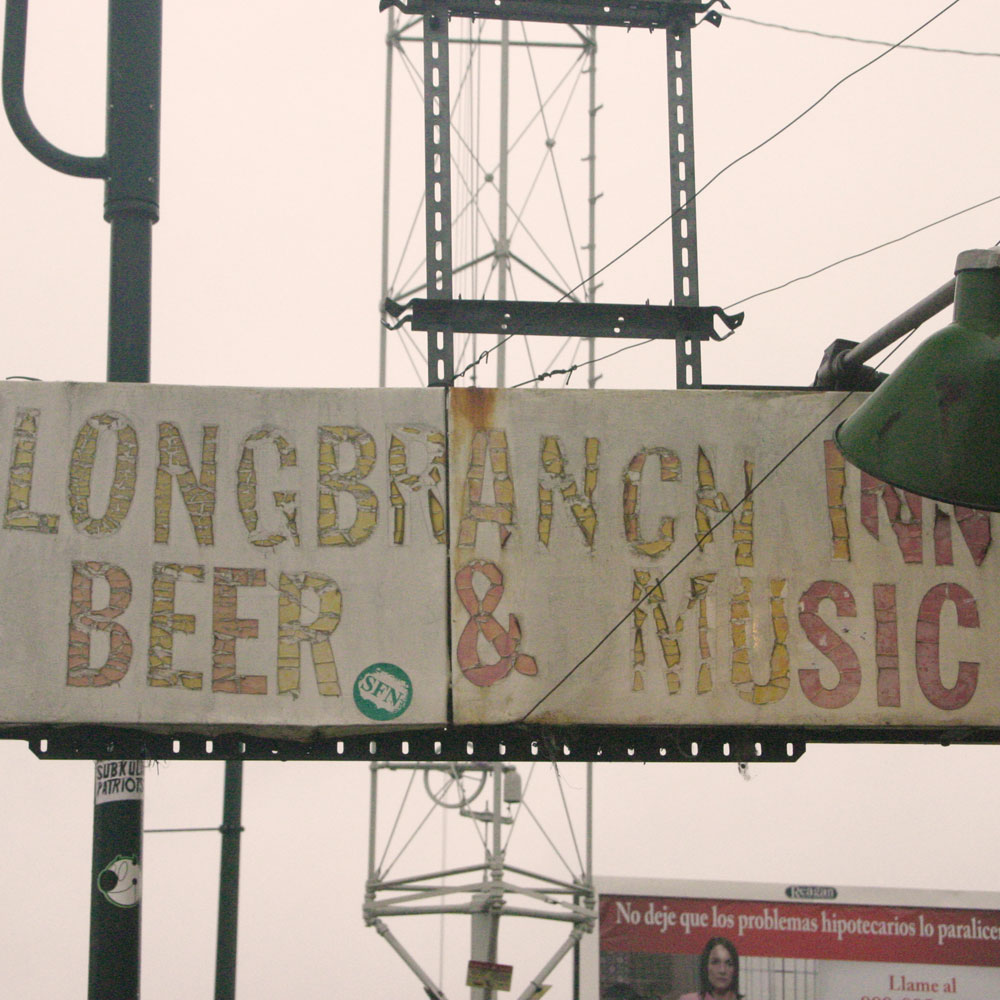 6. It shows its age. There's nothing wrong with cracks in the wall, cigarette burns on the bar, or weathered signs outside. It tells you the place has been around and enjoyed. Truthfully as long as the taps are kept clean and the bathrooms are halfway decent, what else do you need? Taken at Longbranch Inn, Austin, TX. Our video of the Longbranch is here. 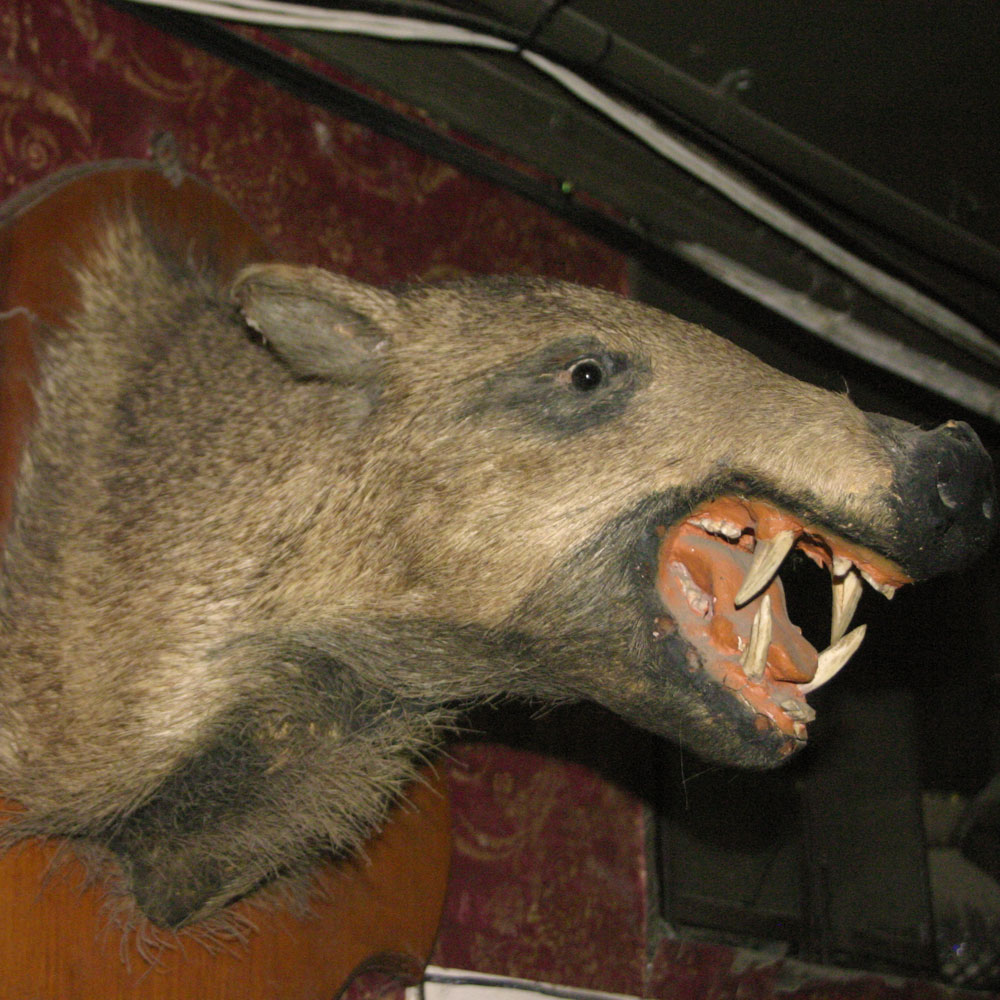 7. Taxidermy hangs from the walls. Stuffed, dead animals have casino online been decorating bars, saloons and taverns for ages. They are a classical piece of furnishing that speaks to the region, the people that go there and the attitude of the owners. If you don't like the sight of dead animals you might want to go to a newer place. Taken at Scoot Inn, Austin, TX. Check out the Scoot Inn in this video. 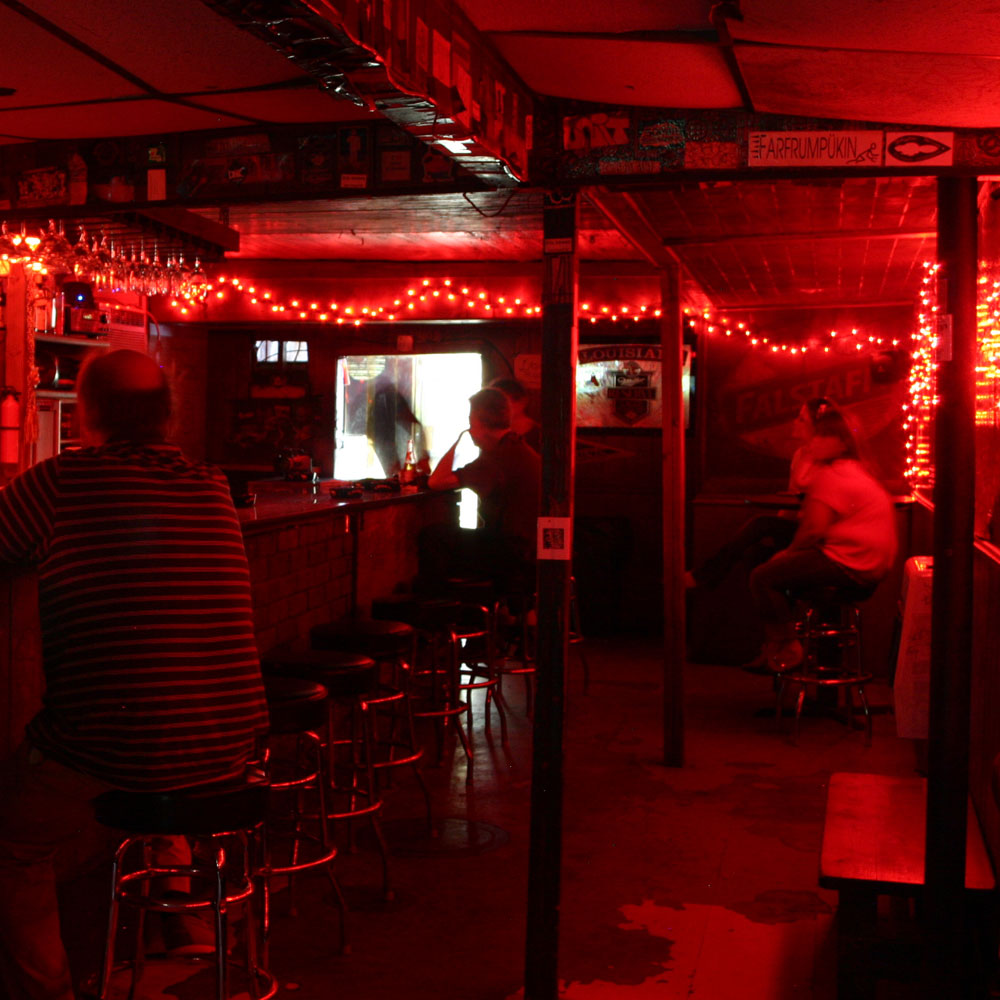 8. The majority of lighting might come from strings of Christmas tree lights. Darkness is a friend in the dive bar. You'll see silhouettes sitting closely together, whispering just loud enough to hear each other but not loudly enough to let eaves-droppers listen in. People might be alone in their thoughts or on a clandestine outing with someone they shouldn't be with. But it doesn't matter because it's nobody's business, and the darkness ensures this. Taken at Snake and Jake's Christmas Club Lounge, New Orleans, LA. Snake and Jake's documentary and interview is here. 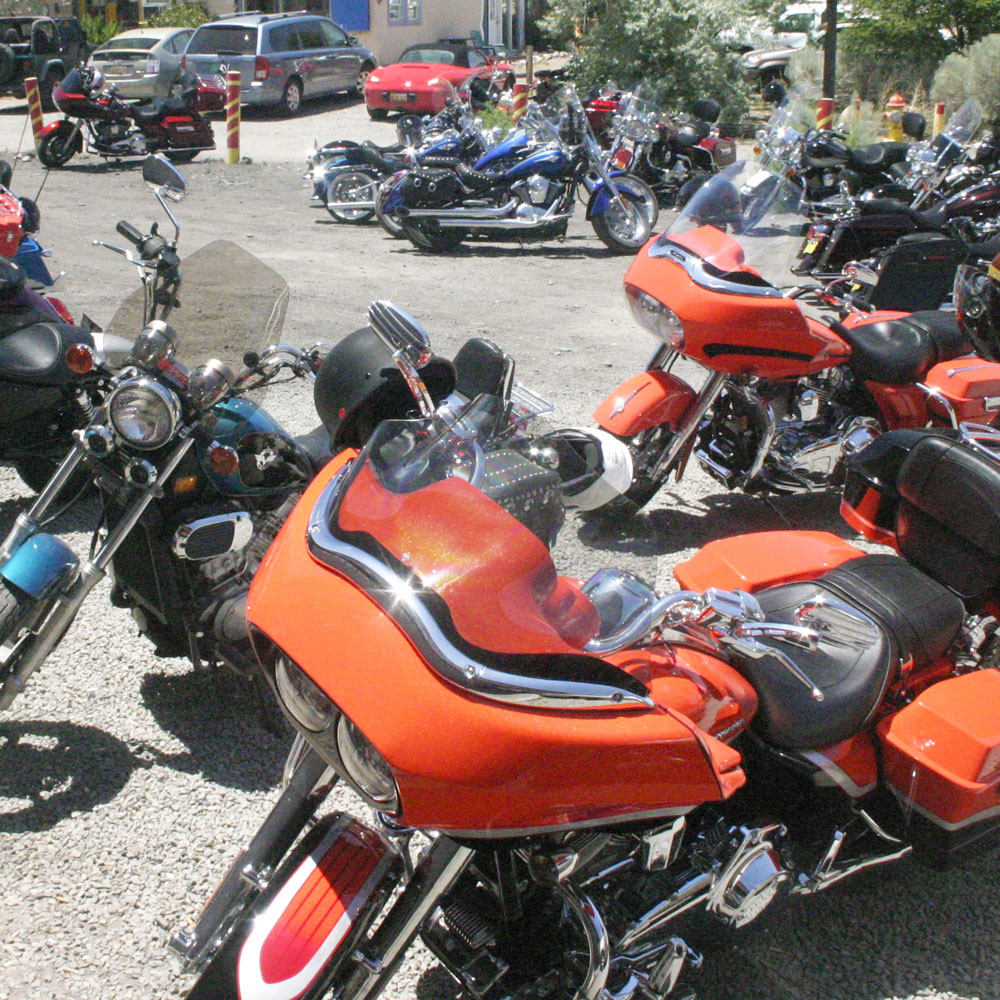 9. Rows of motorcycles are parked outside. This used to be a bad thing. Biker bars aren't what they used to be primarily because bikers aren't what they used to be. Jobless roughnecks who rode Harley's are less frequently seen now, replaced by the dentists and lawyers who put on their leather and ride on the weekends. So this scene doesn't mean it's dangerous, but it probably means it's fun. There's probably decent food, a great atmosphere and no-nonsense drinks waiting inside. Don't be scared. Taken at the Mine Shaft Tavern, Madrid, NM. Our video about the Mine Shaft Tavern is here. 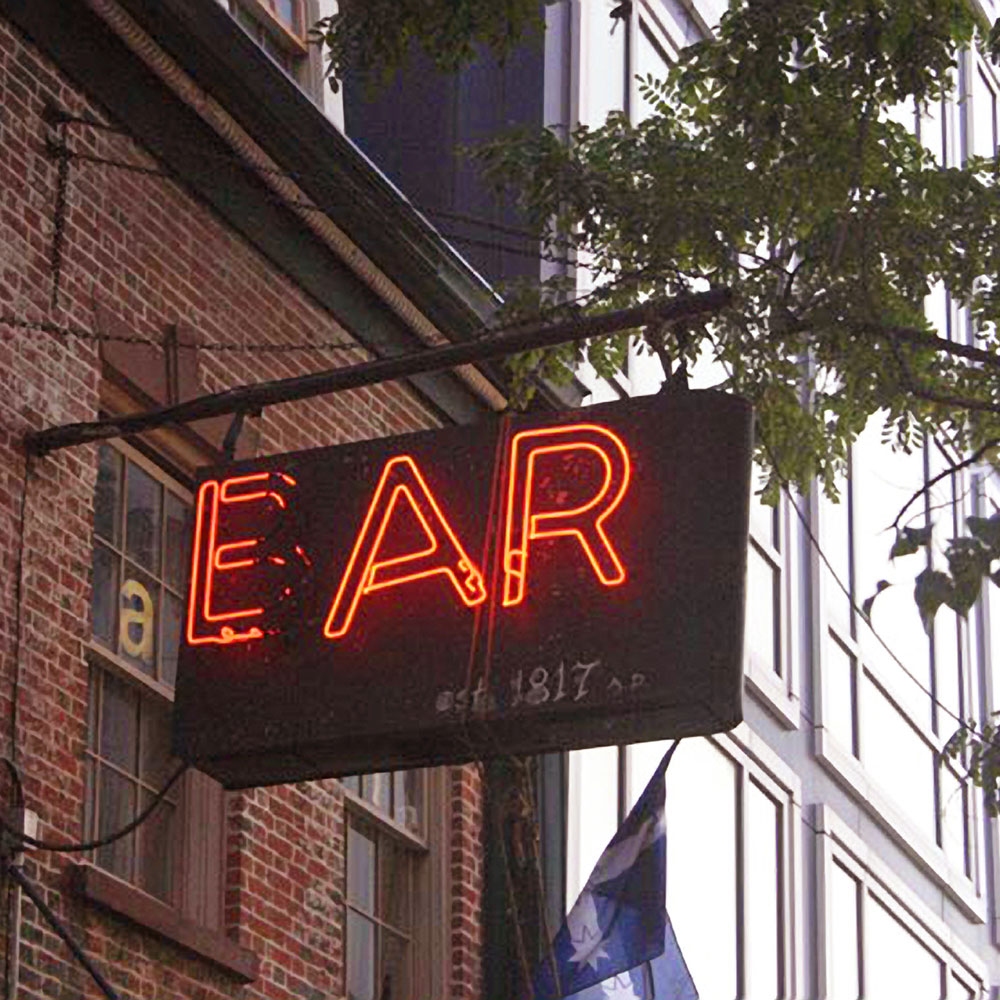 10. There's history. Dive bars have become trendy. In fact bars open every week that are "themed" as dives. But dives aren't created, they become. Dive bars open just like any other business – shiny and new. But then through time, after a steady stream of locals and regulars, after witnessing history (good and bad) outside their doors, they devolve into the state we've come to collectively call the dive. Don't fall for the "themed" place, go to an authentic dive if at all possible. Taken at the Ear Inn, New York, NY. Click here to watch a video of the place I had to be carried out of.