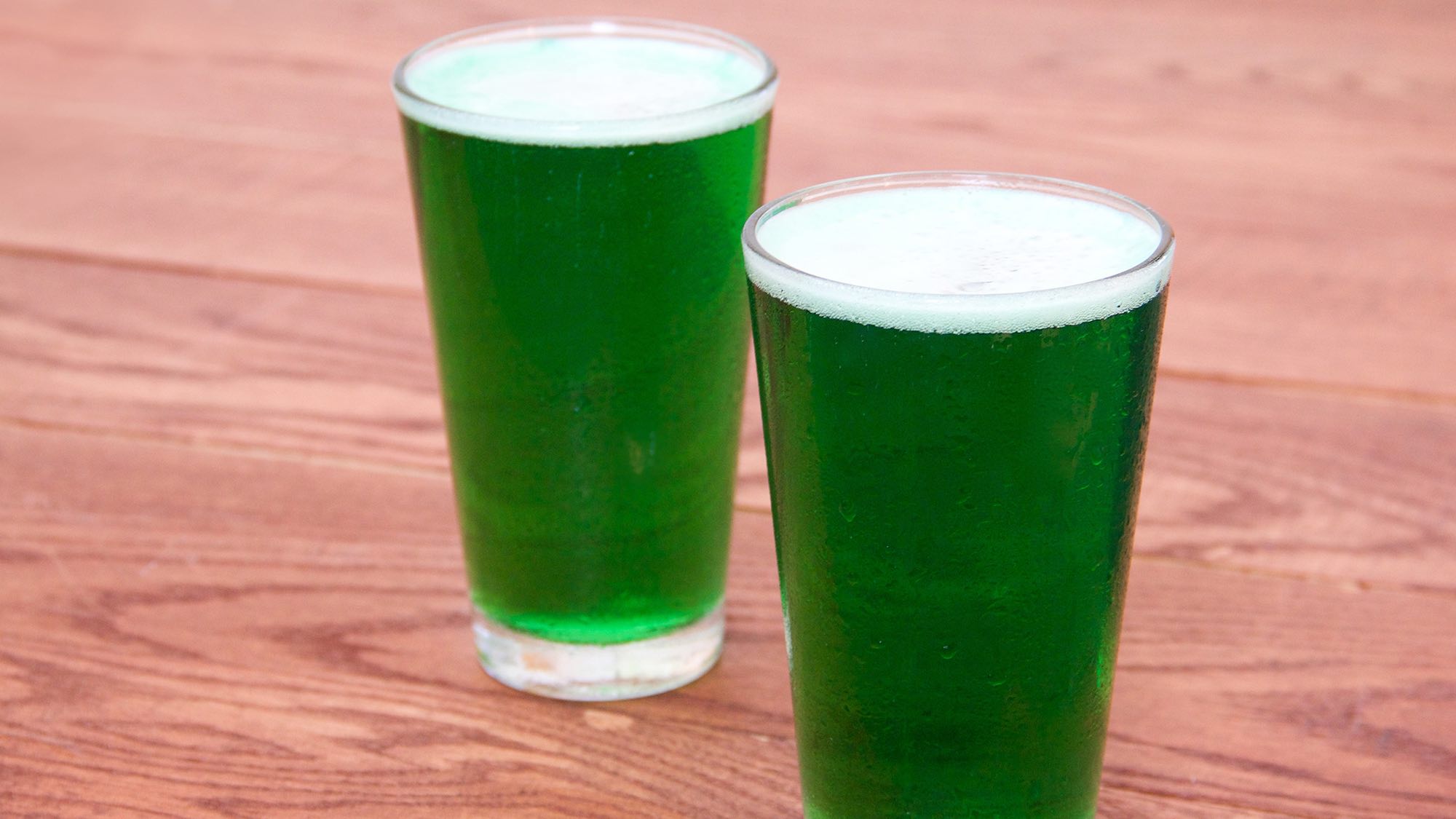 More than likely the tradition of green beer started with the Irish tradition of dropping a clover in one's drink then drinking it all down for good luck (see our article "How To Make Any Drink Irish" for this entertaining story.) But the first recorded incident of beer being turned green occurred in New York City in 1914.

It was a typical St. Patrick's Day at the Schnerer Club in New York City. The festivities kicked off with ringing of a large green bell, everything was either green or decorated with green, the booze flowed and Irish songs were being pelted out with drunken enthusiasm--in short it looked to be another typical and successful event. Until Dr. Curtin, a Coroner's physician, presented the group with his contribution to the night....bright and vibrant green beer.

A reporter from The Evening Independent was present at the event and, along with others in the club, asked the good doctor how he was able to give the fermented beverage such a fitting effect. The doctor simply stated it was one drop of Wash Blue in a undisclosed quantity of beer. (Note, from what we can tell Wash Blue appears to be a bluing agent possibly used for dying fabrics/textiles--probably not what you want to use to turn you beer green this year). The reporter later wrote an article about his discovery which was featured in his newspaper in the March 26th, 1914 issue.

To make a green beer fitting of Dr. Curtin and the Schnerer Club it isn't green food coloring you need to add to the beer, similar to the doctor's recipe from above, the key is blue coloring.  Blue and yellow make green and as such adding blue food coloring to your beer with create a lively and vibrant green beer worthy of any St. Patrick's day reveler. Be careful though, one or two drops go a long way.