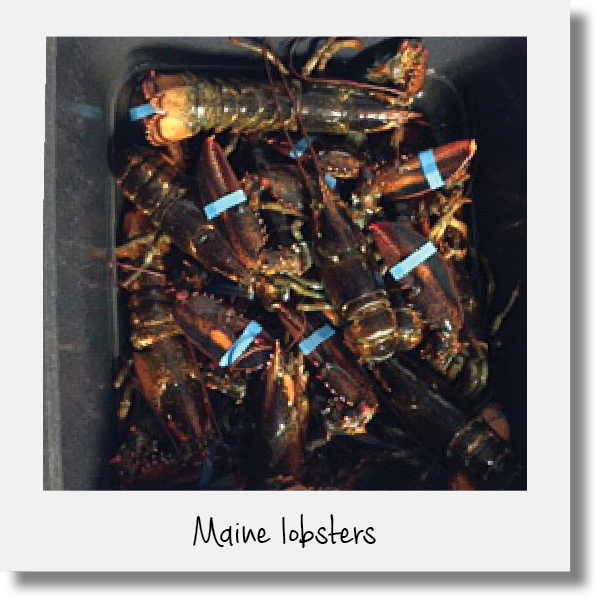 James and Yolie here again after an eventful weekend in New England.  Our weekend's prime objective was hitting the three oldest bars in New Hampshire, Vermont, and Maine.  Of course, in between we'll be venturing into more bars, diners, and dives.  After being shot down...oops, I meant landing in Manchester, NH, we headed into town for our first target.  Let's say it was a bit of a bumpy flight from Baltimore, thank goodness it was too short and too rough to pass out the bags of 12 mini pretzels or things might have gotten messy.  With empty stomachs we went searching for some grub since The Hancock Inn and Fox Tavern, the oldest bar in the state, didn't open until 4 PM.

After walking around the college town a bit to get our bearings, we stumbled into the Red Arrow Diner (61 Lowell St.).  What a treat it was!  The counter has metal plaques where famous folks have placed their famous posteriors over the years.  Adam Sandler, who grew up in Manchester and is a big of the Red Arrow, graced James' stool while RuPaul previously dined at Yolie's spot.  The food was great and our server, Ellen, was delightful.  Towards the end of the meal she announced to the entire diner while ringing a ship's bell that it was our first time there and that we were officially de-verginized, and Ellen gave us cool stickers to commemorate the special event.  If you are hungry in Manchester, at any time since it's open 24/7, you got to go to the Red Arrow. 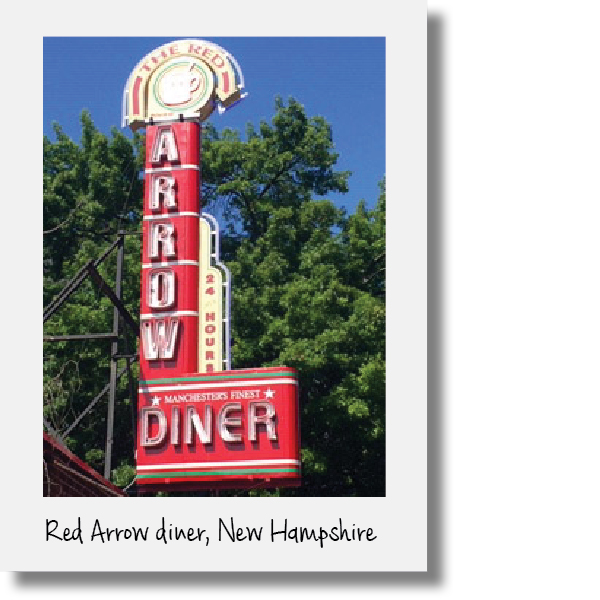 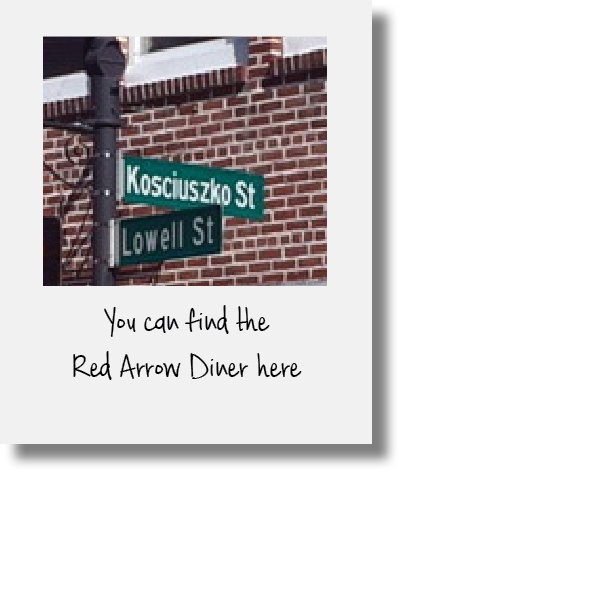 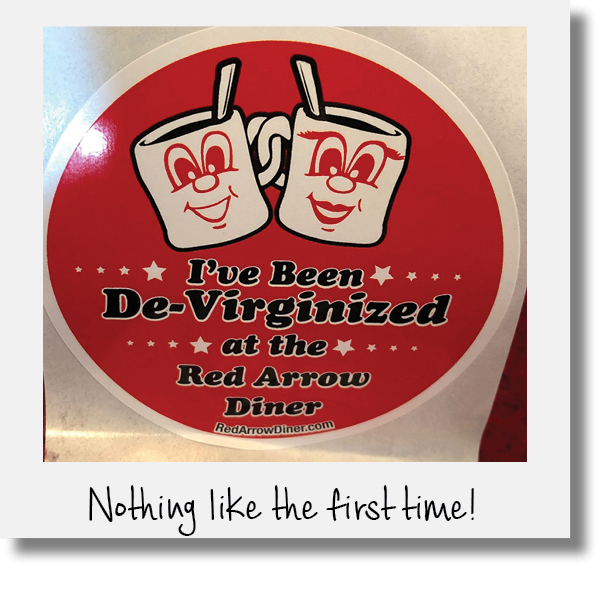 We continued our walkabout and ducked in the New Hampshire Institute of Art.  You're probably wondering why in the world would we do that.  Well, Yolie is a graphic designer and she couldn't resist snooping around the museum's basement.  There, we ran into Matt.  After trying unsuccessfully to enroll us in art school, he gave us a great tip, the Stark Brewing Company (500 N. Commercial St.) down by the Merrimack River.  It was clear he knew fine art....and fine brews.  The Stark brewery filled a large brick building and offered two dozen of their drafts.  Unable to decide we shared a bartender's choice ten draft flight.  The beers were a wide assortment with our favorites being the Bourbon barrel porters.  After saying au revoir to our fine bartender, Debi, we headed out the door and on the road 35 miles west to Hancock. 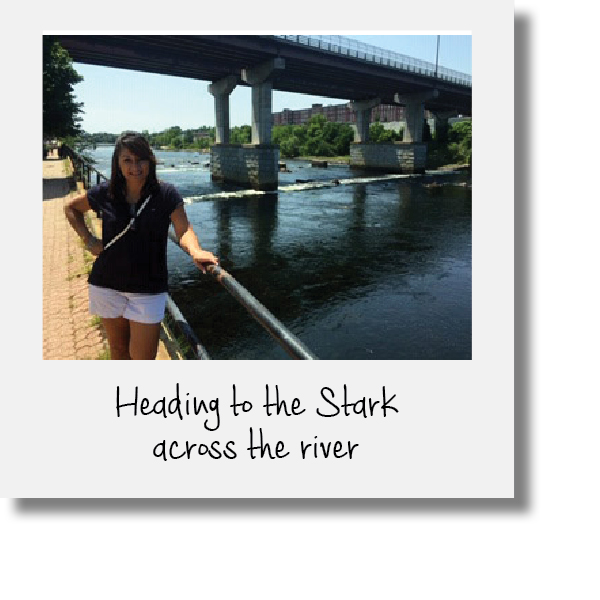 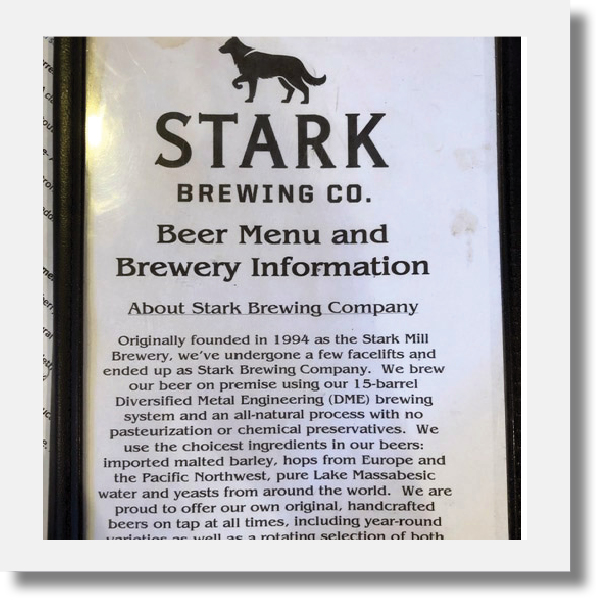 We got to Hancock a little early, and it seemed that Hancock was comprised of The Hancock Inn and Fox Tavern (33 Main St.), a police station, a post office, and a grocery store.  Only the grocery was open so we went in for some local 411.  Adam, the deli guy, confirmed that what we could see outside was all of Hancock and that our best bet to kill an hour or two was in Peterborough down the road, where he recommended Harlows Deli & Cafe (3 School St.).  While sipping on a couple Cheek Squeezer Blonde Ales at Harlows we met Jotham, that's like Gotham with a J.   Jotham gave us the history of the bar and told us about the Post & Beam Brewery (40 Grove St.) around the corner.  After finishing our pints we headed over to the Post & Beam.  Jotham beat us there and had already filled the proprietors, Jeff and Erika, in on these two lost souls from Maryland.  The brewery has only been open a year but it showed lots of potential.  The owners were welcoming, Jotham's recommended Our Town IPA was spot on, and the building has a ton of character.  After wishing best of luck to the couple in their new venture we circled back to Hancock. 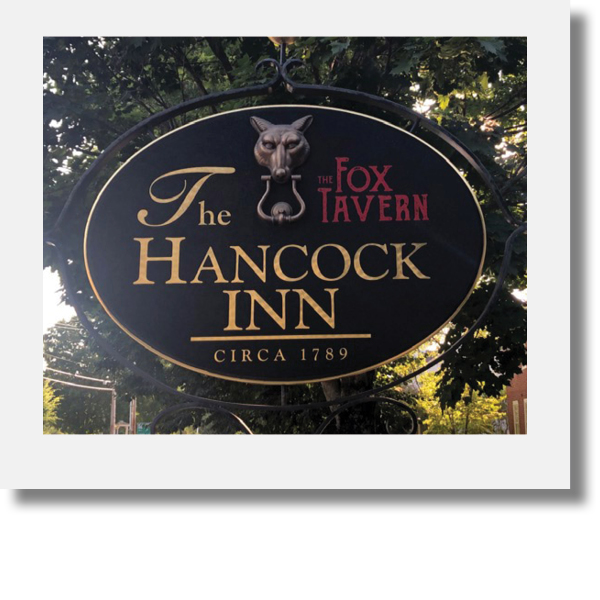 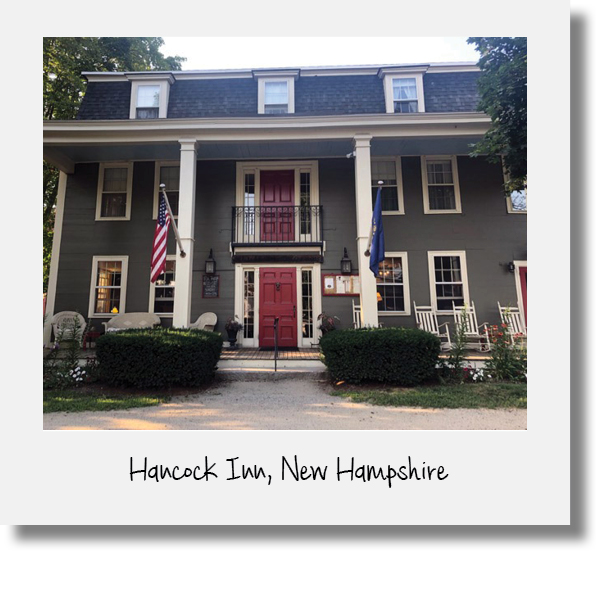 The Fox Tavern part of The Hancock Inn is in the back of the building.  Bartender, Rhonda, was at the controls.  They had been open for only a few minutes, so there was only one other person at the bar, Ken.  Unbelievably, Ken was following the same web site we do and was in the middle of his quest to visit the oldest bar in every state while travelling from his home in Florida.  We compared bar notes and talked about what's ahead for us all.  After having a grand time with Ken and Rhonda we hit the road 78 miles west to Manchester, VT and the Ye Olde Tavern Inn (5183 Main St.).  The Ye Olde Tavern Inn seemed like a very nice restaurant but not a bucket list bar.

The bar appears to be there to make drinks for the happy restauranteurs and to keep the building qualified as the oldest bar in the state.  Unless you are like us, or Ken, and on a quest to check off your oldest bar list, then this tavern probably won't float your boat.  It was time to end our long day by finding our lodging, the Brittany Motel.  We arrived and found a cozy fire burning out front.  After inn keepers, Tabitha and Joe, got us settled in we went out to the fire pit and had s'mores while enjoying the beautiful cool Vermont evening.  The next morning we said goodbye to our gracious hosts and the quaint Brittany Motel and headed the 226 miles over hill and dale for Freeport, Maine. 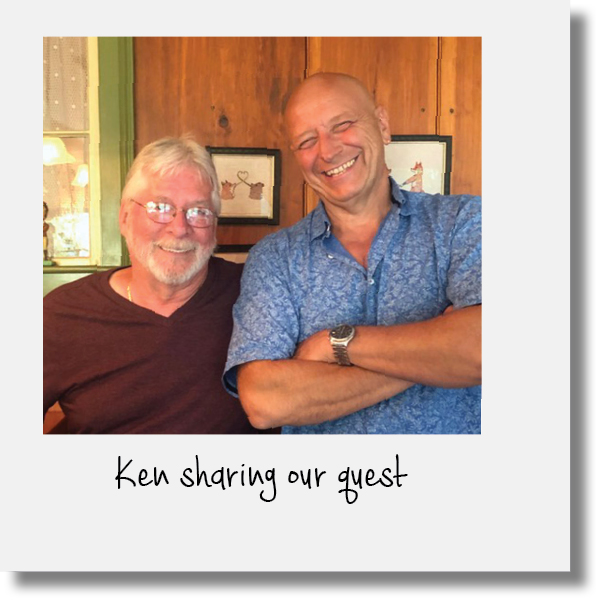 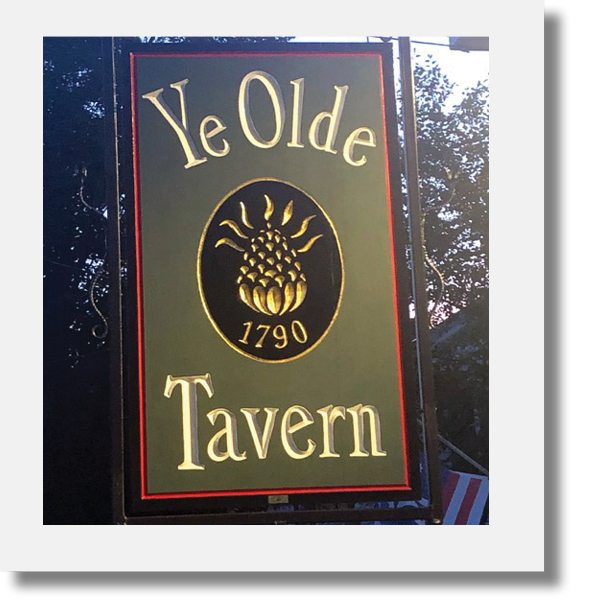 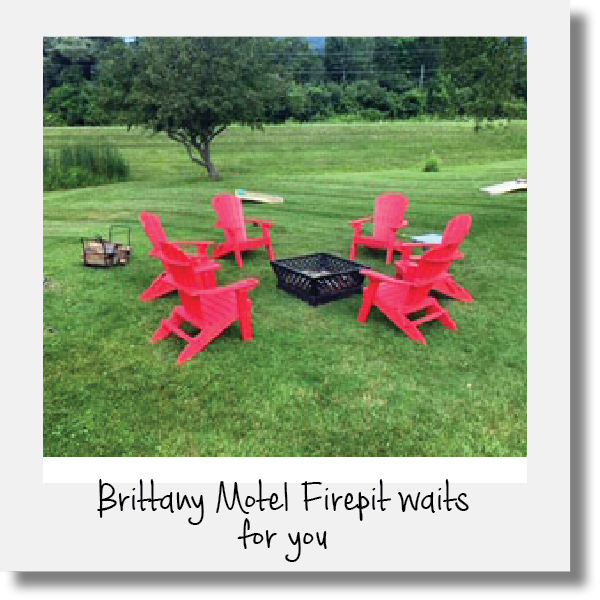 Jameson Tavern (115 Main St.), the oldest bar in Maine, was a fun stop.  Heidi behind the bar was a real treat.  Her quick wit and speed of service was top notch.   Oddly, with each round of Sebago Runabout Red Ale or Shipyard Finder IPA she asked us us if we wanted some blueberry pie.  At the bar we met Chris and Dave from Worcester, Mass.  Heidi finally wore us down and we ordered the blueberry pie.  Thank goodness we made friends with Chris and Dave or we wouldn't have had anyone to share the monstrous pie, ice cream and whipped cream concoction.  The food, drink, friends, and of course, Heidi, were all wonderful.  After pulling up stakes we headed to Old Town, Maine to spend the rest of the weekend with friends, Brian and Carol, at their lake house.  There were no cool bars there.  Come to think of it, we didn't see any bars there.  Nonetheless, we had a blast in Maine and experienced a day full of firsts for us:  we rode jet skis; ate Maine Lobsters; saw a bald eagle in her nest; ate Moose; and cruised Lake Pushaw to the strains of Neil Diamond's Coming to America blaring across the water.  My friends, we beg of you, pay Maine a visit. 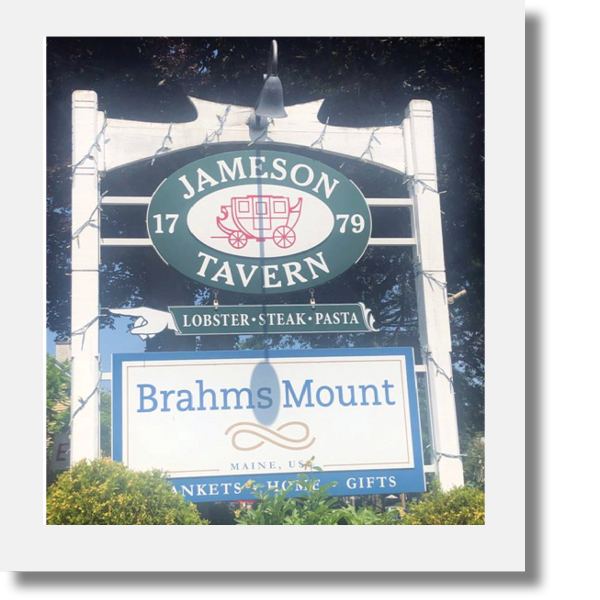 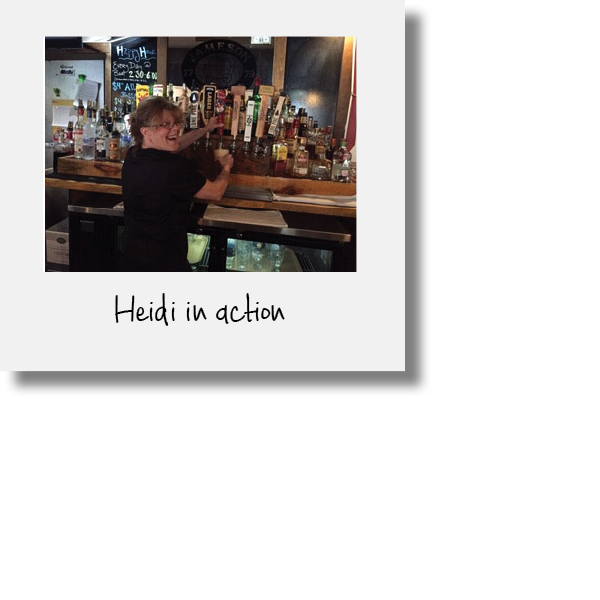 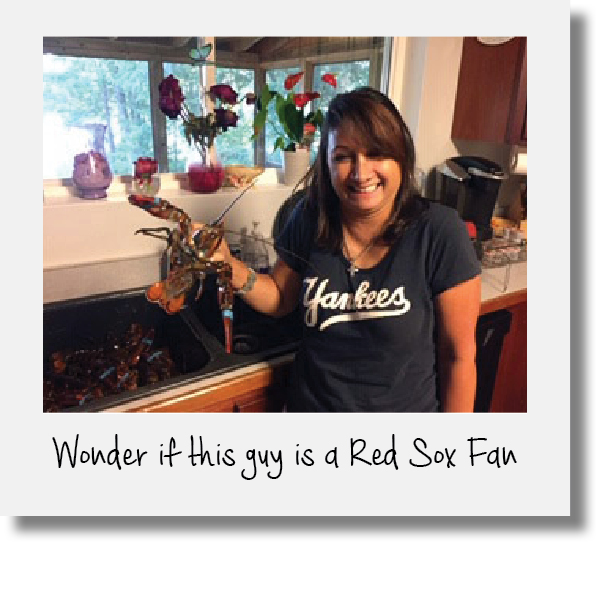 After leaving the lake on Monday we headed back to Manchester, NH airport.  We did save some time to stop and explore Portland.  Portland reminded us of our hometown of Annapolis.  Cool waterfront, cobblestone streets, and neat watering holes.  While there we stopped in the Porthole Restaurant & Pub (20 Custom House Wharf).  The Porthole had the best lobster deal in town with Kylie behind the bar pulling Lone Pine IPAs and Sea Dog Sunfish Ales.  Sitting to our right were the very lobstermen who hauled in our tasty lunch that morning.  It can't get any fresher than that.  While cracking and eating the delicious crustaceans we met local, Nate.  We hit it off and Nate took us bar hopping to other Portland joints like the Commercial Street Pub (129 Commercial St.) and J's Oyster House (5 Portland Pier).  He also gave us an open invite to go lobstering the next time we were in town.  Unfortunately, our time in New England was up so we headed back to Manchester, NH for the flight home.  That's all for now, we'll soon be throwing the dart at the map to see where our next bucket list bar adventure will be. 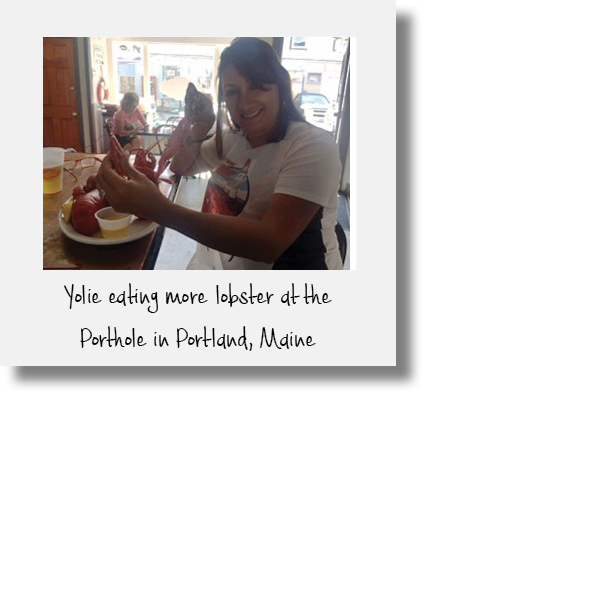 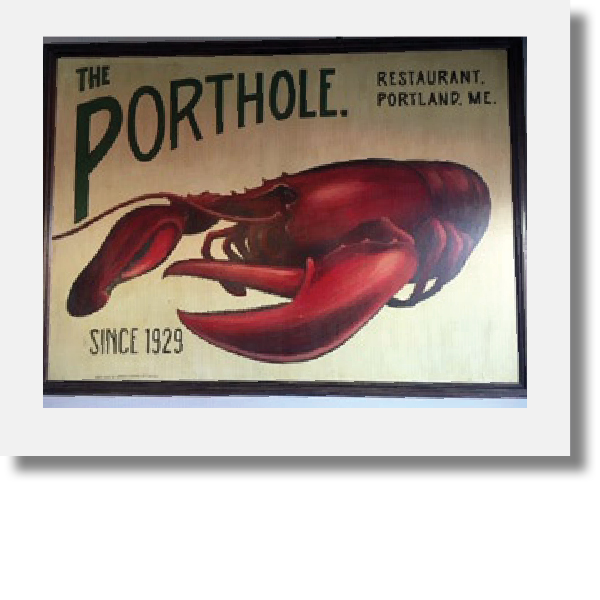 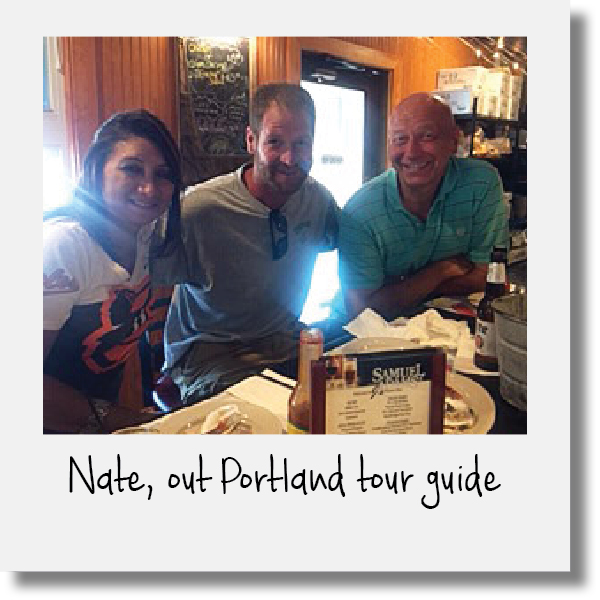 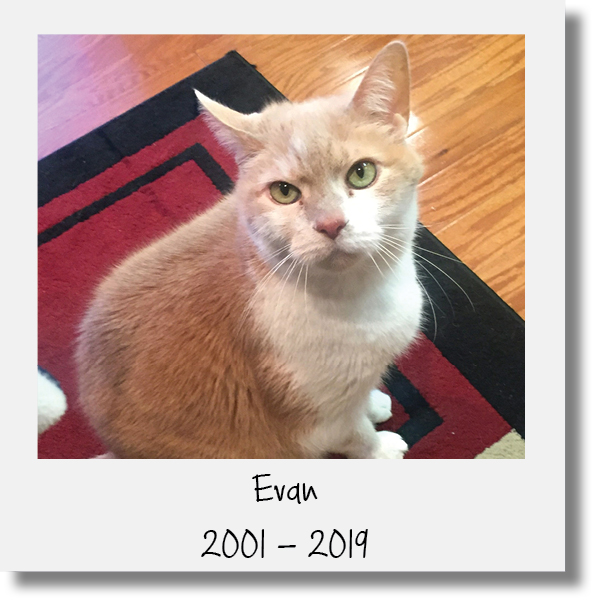